In an interview with Cristina d'Agostino, Luxury Tribune 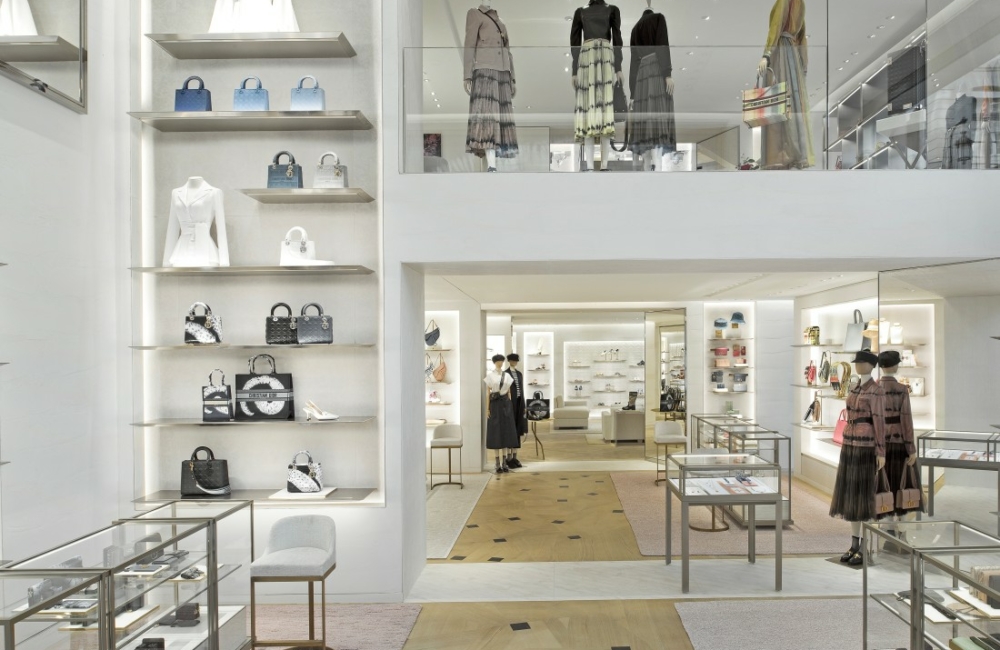 Luxury Tribune is a new magazine devoted exclusively to the luxury sector. As the official partner of the Swiss Center for Luxury Research the media platform creates a bond between the academic and business world, while providing news about the luxury sector and unveiling current challenges.

In an interview with Haus von Eden Cristina d’Agostino, editor-in-chief at Luxury Tribune, shares her latest thoughts on the development of the luxury sector: She talks about the criteria for crisis-proof luxury brands, the future of social media and sustainability challenges.

“It is clear that green washing or the failure to align words with actions is still an issue that brands face. The responsibility of a brand in its commitment to human rights, for example, must be respected in action.” 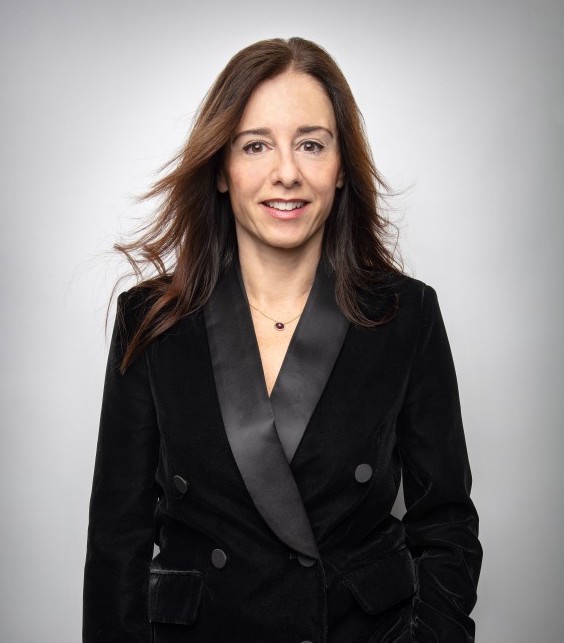 Digitisation and community engagement as key success criteria during crisis

Luxury brands have shown different developments during the crisis. While this is strongly connected to the industry they play in, there are certain factors which made some brands more resilient than others. These required to be established before the pandemic and hardly could be established by putting ad-hoc measures in place.

"The main reason why some luxury brands were resilient during the crisis was obviously their strong presence on digital sales platforms before the health crisis began. But it is also their presence on the Chinese market, in shops and on platforms like Tmall, for example. But also the engagement of fan communities around the world", says luxury expert Cristina d'Agostino.

"Some luxury brands remained strangely silent during the first lockdown, while other brands, often independent and more flexible, immediately took the field by engaging with their communities via Instagram or Whatsapp. The brands that continued to release new products came out on top, as the watch brand MB&F for example", she further explains.

During the pandemic the market got slowly flooded by digital events. Online fashion shows have been one of the formats picking up quickly. However during the last couple of months some luxury brands were skipping digital fashion weeks. The shift to digital has led to a strategic rethink: While fashion shows once were the place to be, now events were realised via new digital concepts. With this, large luxury brands grasp the opportunity to create their own runway and deliver marketing campaigns more targeted and efficient.

"Online fashion shows have enabled a new creativity. Louis Vuitton, Dior, and other fashion brands have called on film directors, allowing their brand worlds to find a new representation, an enrichment of the territories of luxury. The product was no longer the only thing to take the stage, as it usually is on a catwalk. The brands were able to express a new creative dimension, as if multiplied by digital. For example the symbolism of tarot cards at Dior, inclusion and the societal issue at Louis Vuitton, travel at Balmain.” 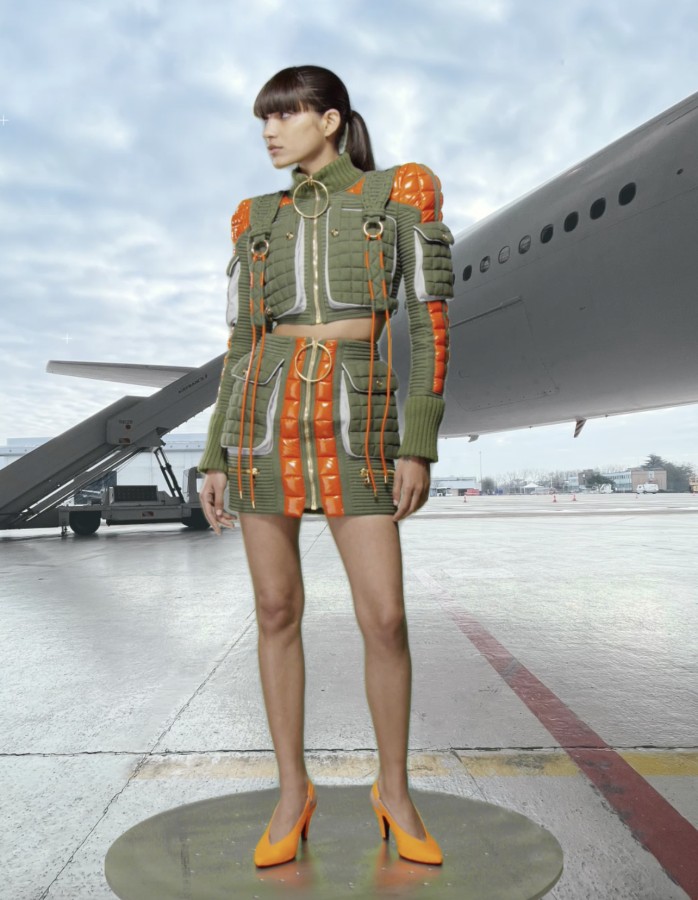 Topics on social media are getting more sensitive

Earlier this year the first large fashion luxury brand has left social media. Except for China, Bottega Veneta deleted its presence on instagram, twitter and facebook. So is the new luxury going off the radar?

"It is clear that strategies are changing dramatically on social networks. E-reputation is becoming very important, but tricky to preserve, depending on the country and identity sensitivities. Because of the health crisis, commercial tensions are increasing and so are nationalistic reactions", explains the editor-in-chief of Luxury Tribune. 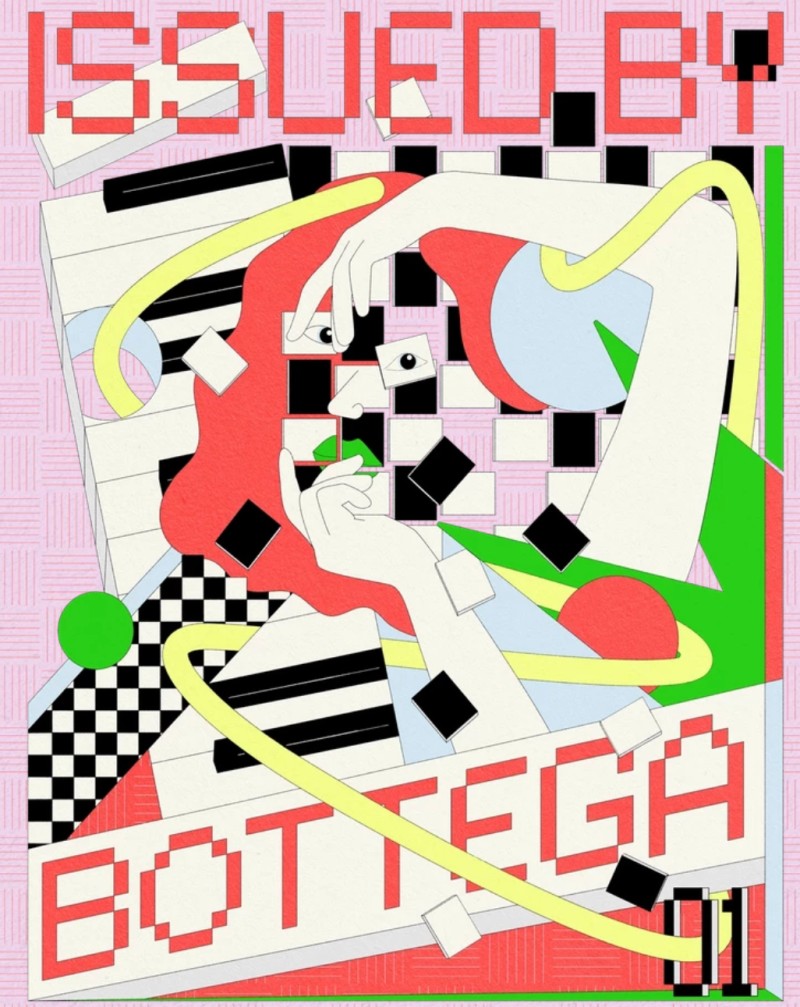 "Brands such as Burberry, Nike or H&M have just realised this to their cost, all of which have been temporarily banned from e-commerce or video game platforms. Social networks are still key to interacting with audiences, but the topics they address are increasingly sensitive. The risk is to see brands disengage, like Bottega Veneta, which has just decided to create its online magazine, instead of social networks", she continues.

"Luxury brands will always want more control over the message. As social networks are not completely secure at this level, the solution of delivering fully controlled content, such as a brand's online magazine, a film, a feature on Netflix or another network, will be preferred. I can bet on it."

While data security issues remain, digitisation is taken to the next level in the luxury industry. Augmented Reality and artificial intelligence are used for both, optimising the value chain and improving customer experience. Virtual fitting rooms via AR technology for example, could help to reduce the number of returns as well as provide individualised offers to customers by analysing the underlying data. This does not only work for fashion, but also for cosmetics or automotive.

"Augmented reality and artificial intelligence have already taken over. Augmented reality, for example, has been used by Dior for its new ID sneakers, which consumers can virtually try on their feet. But it is the power of virtual objects "NFT" that will be big business in the future. It's really starting to take off. The first auction of an NFT luxury watch has taken place. An authentic digital duplicate of a real watch certified via the blockchain was bought at an auction. It's crazy, but it's literally virtual reality", Cristina d'Agostino says. 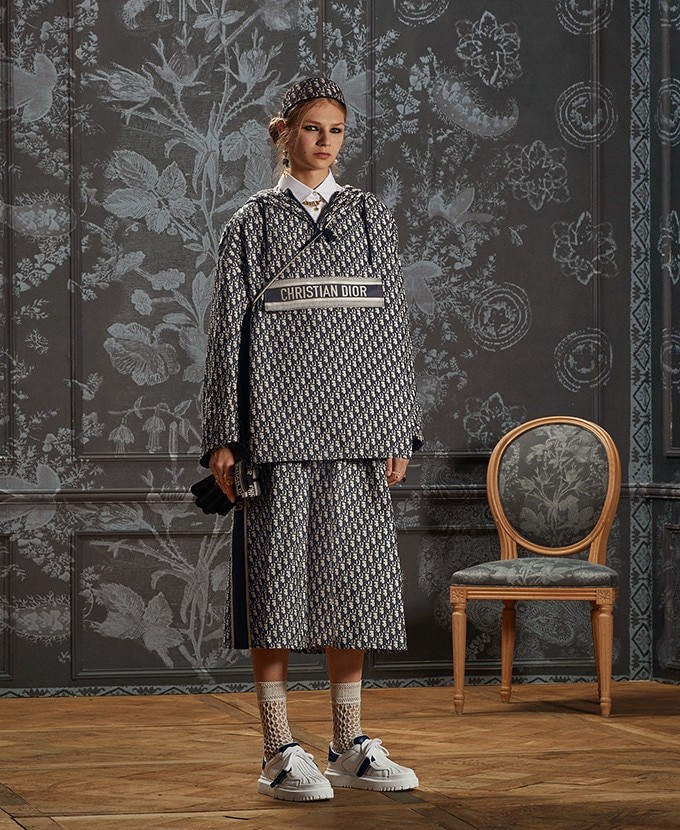 Recent studies have shown, when it comes to sustainability performance, even highly resourced luxury conglomerates are lagging behind stated ambitions. Measuring the sustainability performance is still difficult, due to non-standardised data and inconsistent reporting. This leads to a wider accountability problem, which is why especially younger consumers are asking for ethical products and more transparency.

"The typical profile of a luxury consumer tomorrow will be someone who pays attention to the quality of the material, the place of production, the ethics with which the product has been made. The authenticity of the message will be paramount, because this consumer will no longer make concessions. They will buy less, but better, whether it's a piece of furniture, a piece of clothing, food or a stay in a hotel", the luxury insider says.

"The major luxury groups are now all making great strides on the issue of sustainability. Kering is a pioneer in this area. But today LVMH and Richemont have set up very ambitious CSR charters. But in practice, the contradictions are still present. It is clear that green washing or the failure to align words with actions is still an issue that brands face. The responsibility of a brand in its commitment to human rights, for example, must be respected in action. It is clear that the example of cotton production in the Xinjiang region of China linked to the Uighur community has shown the limits of the commitment of certain brands." 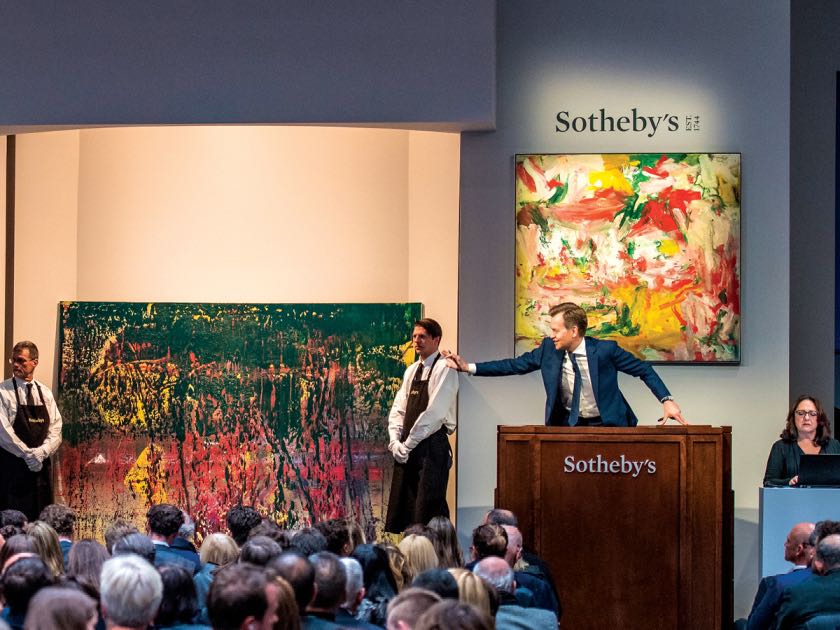 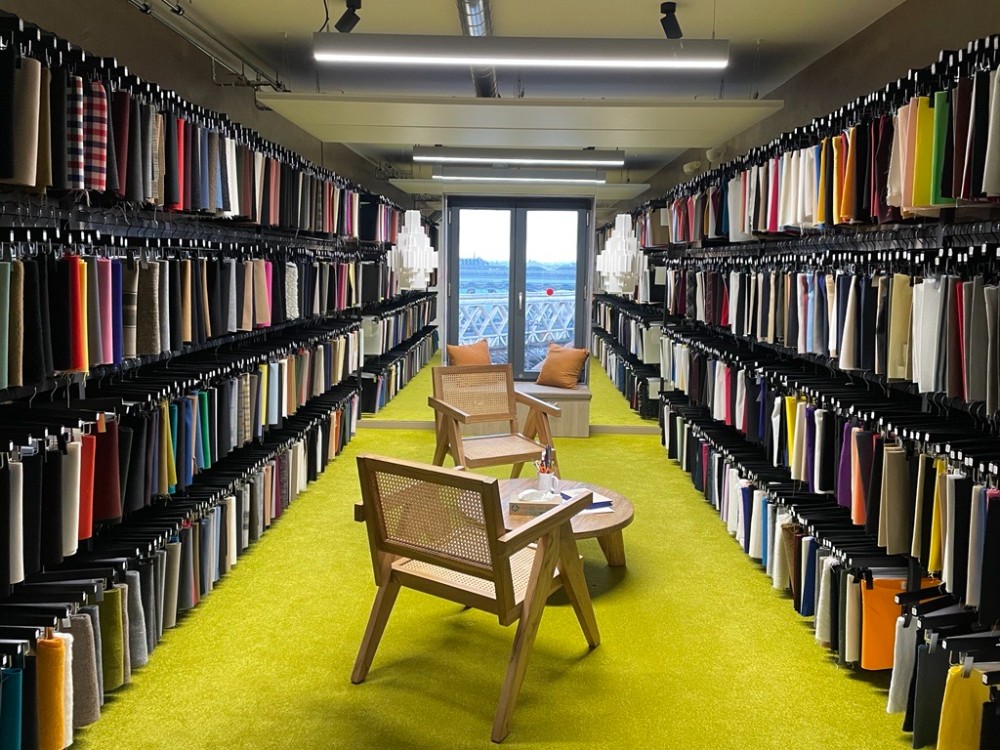 LIFESTYLE
Nona Source – Repurpose model for deadstock accelerates circularity in fashion Marie Falguera on the resale of residual items from exclusive fashion houses as a solution to the waste problem of... 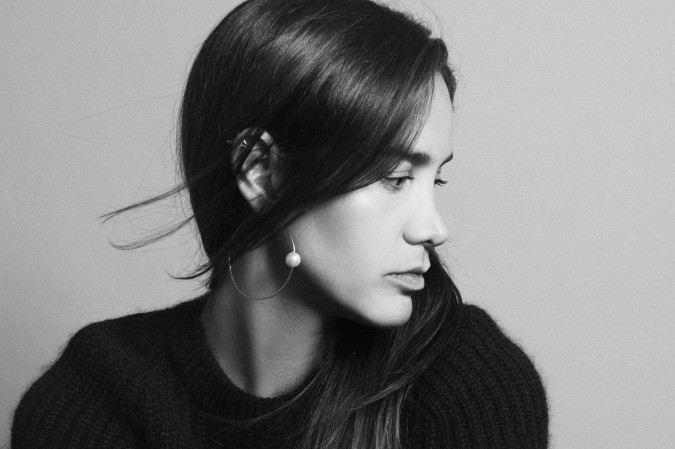 LIFESTYLE
Ana Khouri on fair jewellery as a symbol of lasting value Fair jewelry meets art and design - jewelry designer Ana Khouri on the challenges in ...
We use cookies to give you the best online experience when visiting our websites. By using our website, you agree. More information can be found in our Privacy Policy
OKClose
Privacy & Cookies Policy