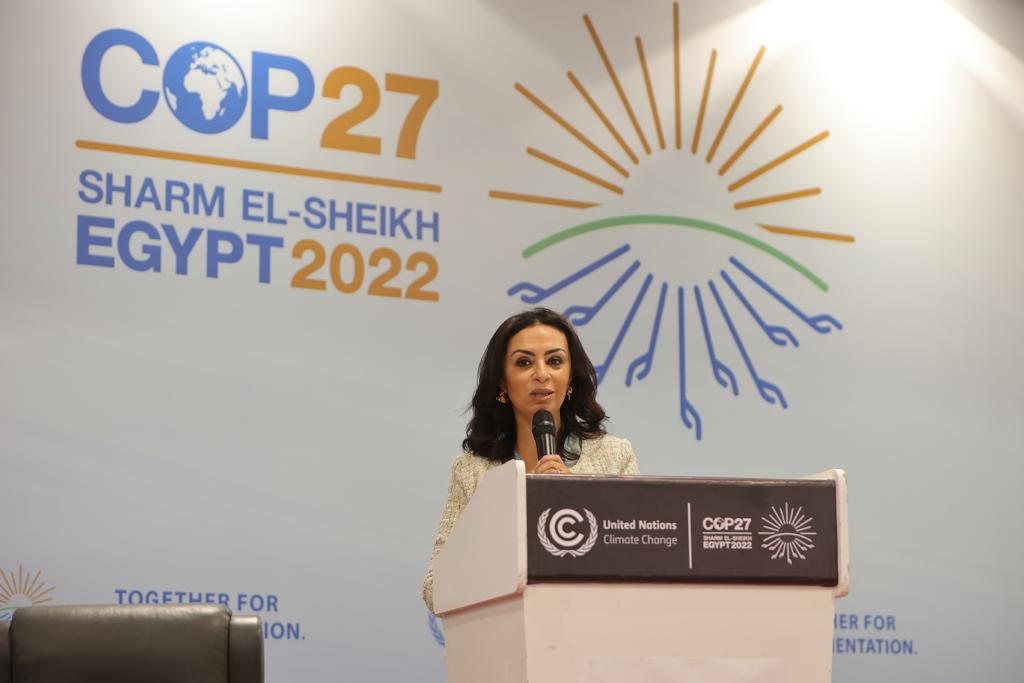 After the 27 UN climate conference was postponed from 2021 to 2022 due to the pandemic, the COP27 is currently taking place from November 6th to 18th in Sharm el-Sheikh, Egypt. Official, new and long since superfluous on this year's agenda: climate justice. The previous summits were primarily about the energy transition and CO reduction. So interests of the Global North. In view of Egypt's position as host and representative of Africa and the Arab world and ever louder calls for climate aid for developing countries, the COP27 is finally pushing the relevant perspective of the Global South.

COP27 positions climate protection as a question of social responsibility

The buzzword climate justice describes the compensation of countries that are affected by irreparable damage due to the climate crisis. More precisely, representatives of the Global South and climate activists are demanding financial support from the countries of the northern hemisphere. Because of their economies, the politically free and economically stable industrialized countries are responsible for the environmental problems of the developing countries, including floods and droughts. With the result that socially vulnerable groups in the Global South are disproportionately affected by the effects of climate change are affected. Without being significantly to blame - Africa is responsible for less than 4% of global emissions - let alone having the relevant resources to deal with it.

That is why interest groups at COP27 declare: Fighting climate change also means fighting social inequality. The major emitters of the affluent North urgently need to find solutions to climate-related losses and damage in the Global South and absorb social impacts. From a financial perspective, the sums involved are significant. Continuously growing climate damage has led to a need for rescue financing and thus to indebtedness in many developing countries. In the future, however, it must be about more than monetary compensation. In order to initiate sustainable change, the Global North must new economic modelsthat take environmental damage into account.

Germany as a bridge builder between the Global South and North

So what is needed is a new mindset: Responsibility and solidarity must replace blind pursuit of profit and growth. To date, however, this perspective has not really been able to establish itself. In recent years, the industrialized countries have increasingly resisted the demands for "loss and damage" and blocked the necessary aid. In order to counteract this, Germany would like to position itself as a bridge builder between industrialized and developing countries within the framework of the COP27. According to statements by the Federal Ministry, this endeavor is credible due to Germany's position as one of the largest financiers in the Global South.

Germany has already paid 5,3 billion euros from public funds. Including private investments, even 8 billion euros. These expenditures are to be increased further in the future: Germany intends to invest a further 2025 billion euros in climate aid by 6. And promote this commitment at the conference to inspire other states to follow suit. Other proposals that Germany wants to bring up and discuss at COP27 include a global protective shield against climate crises, which also includes the V20 (the most vulnerable countries in the world) and a differentiated system that collects debt from different entities such as states, world and private banks and funds are taken into account.

COP27 demands compliance and further development of the COP26 goals

The discourse surrounding climate justice is relevant to addressing climate change as a global entity. As early as 2009, the Global North had given the developing countries a sum of 100 billion climate protection measures promised. And not provided in time. The result: a loss of trust that needs to be overcome today. COP27 must generate renewed engagement, progressive alliances and concrete initiatives. This is the only way for the industrialized countries to win back the trust of the Global South.

Important for this: The states must their on the COP26 achieve the climate goals defined in Glasgow. And ASAP. To underline this demand, Germany, together with 200 companies, organizations and celebrities, launched an initiative that appeals to the participating governments to comply with their obligations. Above all, the most advanced economies in the world are obliged to limit global warming to 1,5 degrees, the appeal said. In this context, however, it seems controversial that companies that have been the subject of criticism, such as Amazon or Nestlé, are also part of the initiative.

In addition, the appeal is aimed directly at the United States. As one of the strongest emitters, they have an urgent duty to act and set up financing mechanisms for existing climate damage. At COP27, President Biden responded to this call by acknowledging this responsibility and affirming that the Global South is moving toward climate neutrality would support. In addition, together with the EU, he announced millions in aid and the financing of renewable energies for African countries.

However, justice was not only discussed in relation to the northern and southern hemispheres, but also to gender. Since women are still underrepresented in the structures of climate governance, the Gender Day of the COP27 female leaders from the climate field at national, regional and global level. In 11 sessions, they spoke about action points for including women in just transition processes and building the resilience of communities. Thus, the UN Climate Change Conference became an important platform for promoting gender-sensitive and responsive policies, strategies and measures.

While women are structurally underrepresented, they are disproportionately affected by the effects of climate change on the African continent. You are highly of agriculture, livestock and water management - environmental livelihoods that are being damaged or destroyed by climate change. In the event of natural disasters, women and their children make up around 80% of those in need of help, and in rural areas they even have a 14 times higher risk of dying. COP27 states: Without socio-economic support and action on climate change, gender equity in 2030 will be back to where it was in 2010.

In response to this imbalance, Dr. Maya Morsi, President of the Egyptian National Women's Council, during the opening session of Gender Day, an initiative to support women as equal actors in climate protection. The African Women's Climate Adaptive Priorities (AWCAP). This is intended to involve women more in environmental policy in order to facilitate the transition to a green economy and climate-resilient future. It is also important to break down barriers so that women have better access to education and can share their environmental concerns and realities. Through such a bottom-up approach, women could become not only victims but also powerful agents of change, according to Dr. morsi

In addition to the Gender Day, an entire theme day was dedicated to the COP27 Youth and Future Generations. The UN Climate Change Conference gave young people a crucial platform for the first time, since their health, nutrition, education and the future are directly affected by the effects of climate change. In exchange with decision-makers, accessibility to financing mechanisms for losses and damage and strengthening climate resilience could be identified as priorities for future generations.

Solution-oriented instead of problem-oriented, African youth experts presented Start-ups and companies present their grassroots climate adaptation and mitigation initiatives and innovative solutions with systematic and overarching approaches to addressing local challenges during the session. In this way, the Future Generations were able to clearly position themselves as a catalyst for ambition, accountability and climate and intergenerational justice.

With regard to environmental sustainability, the COP27 includes theme days too Decarbonization, Agriculture, Water, Energy and biodiversity. On November 11.11th, Decarbonization Day, for example, the focus was on urgent measures to reduce emissions in all industries. However, there was a particular focus on the most carbon-intensive sectors such as steel, oil or gas. A day later, Adaptation and Agriculture Day addressed the urgent transformation of agri-food systems, integrating climate action into peace and security, improving the Quality of life the V20 by 2030 and the provision of healthy food.

Other topics such as the increasing water demand and the overarching results of the COP27 will be discussed in our follow-up after the end of the climate conference.

Interim conclusion: This is implied by the first results of the COP27

At the current time of the conference, the following can be summed up: The industrialized countries must implement bold and immediate measures to achieve the goals of the Paris Agreement. And use their wealth to support the Global South. The COP27 has the question of social justice - in terms of origin, gender and generations - namely clearly moved into the focus of the climate debate. All parties must now show their uncompromising political will to drive progress on resilience and support the V20.

The key to achieving this vision is comprehensive climate finance, which must be characterized by transparency and accessibility. This is the only way to strengthen trust between industrialized and developing countries. Far removed from the words-instead-of-acts image, the previous blockers of change must now also be mobilized. And turn the transnational dialogue into action. 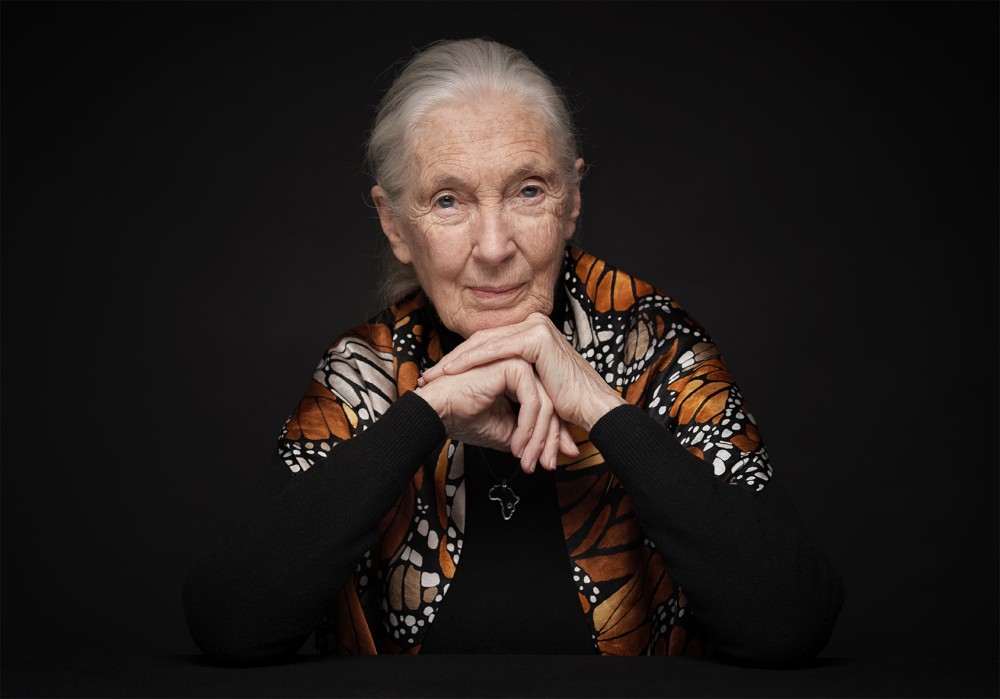 SUSTAINABILITY
Dr. Jane Goodall: A woman committed to environmental and animal protection For International Women's Day 2021 we are showing a portrait of Jane Goodall - the British scientist and activist dedicated ... 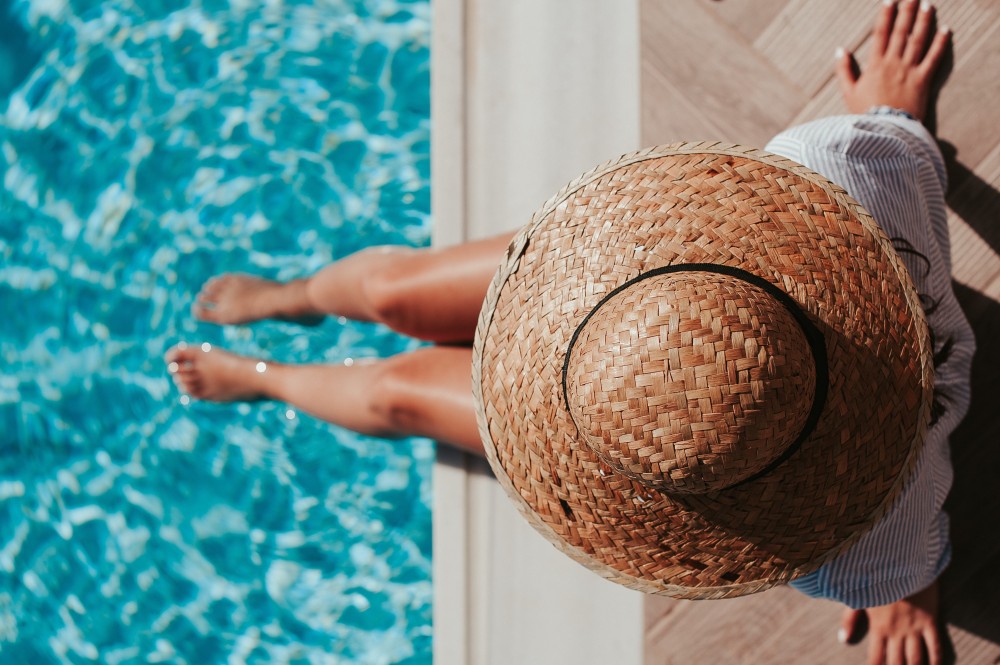 SUSTAINABILITY
Zero waste sunscreen: This is how natural sun protection works The skin is our largest organ - therefore, it is particularly important when choosing sun protection ... 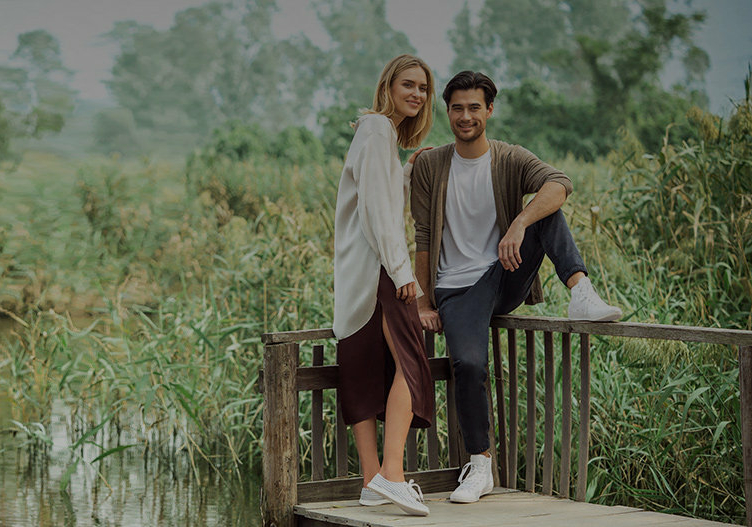 SUSTAINABILITY
Tencel: The innovative alternative to synthetic fibers and cotton Tencel: The wood fiber fabric is becoming increasingly popular. Find out what exactly is behind it ...
We use cookies to give you the best online experience when visiting our websites. By using our website, you agree. More information can be found in our Privacy Policy
OKClose
Privacy & Cookies Policy