Together with art, science & entrepreneurship "lobbying for nature".

In an interview with Johann Haehling von Lanzenauer, founder of the Arts & Nature Social Club 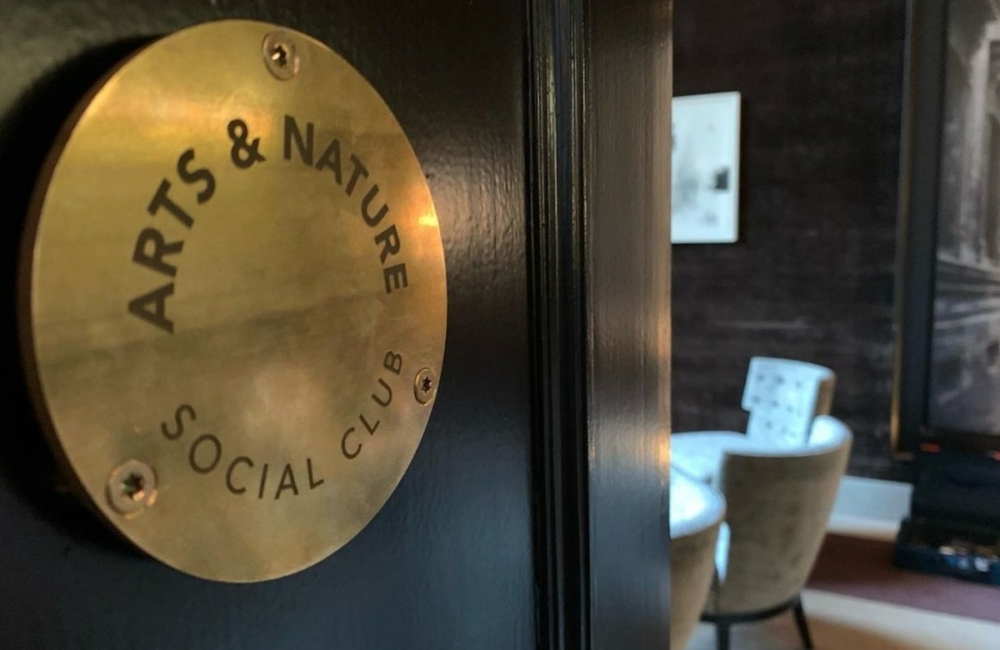 Behind the Arts and Nature Social Club is the idea of forming a globally networked community that supports, inspires and develops each other, with the focus on shaping a sustainable future. Based on the belief that together we can initiate innovative solutions, the forum combines the three pillars of art, science and business. The meeting and open exchange of opinions between interdisciplinary experts addresses the question of how people can responsibly integrate themselves into the geobiosystem.

In conversation with Arts & Nature Social Club founder Johann Haehling von Lanzenauer, we learn more about his lobbying work for nature and the relevance of coming together. 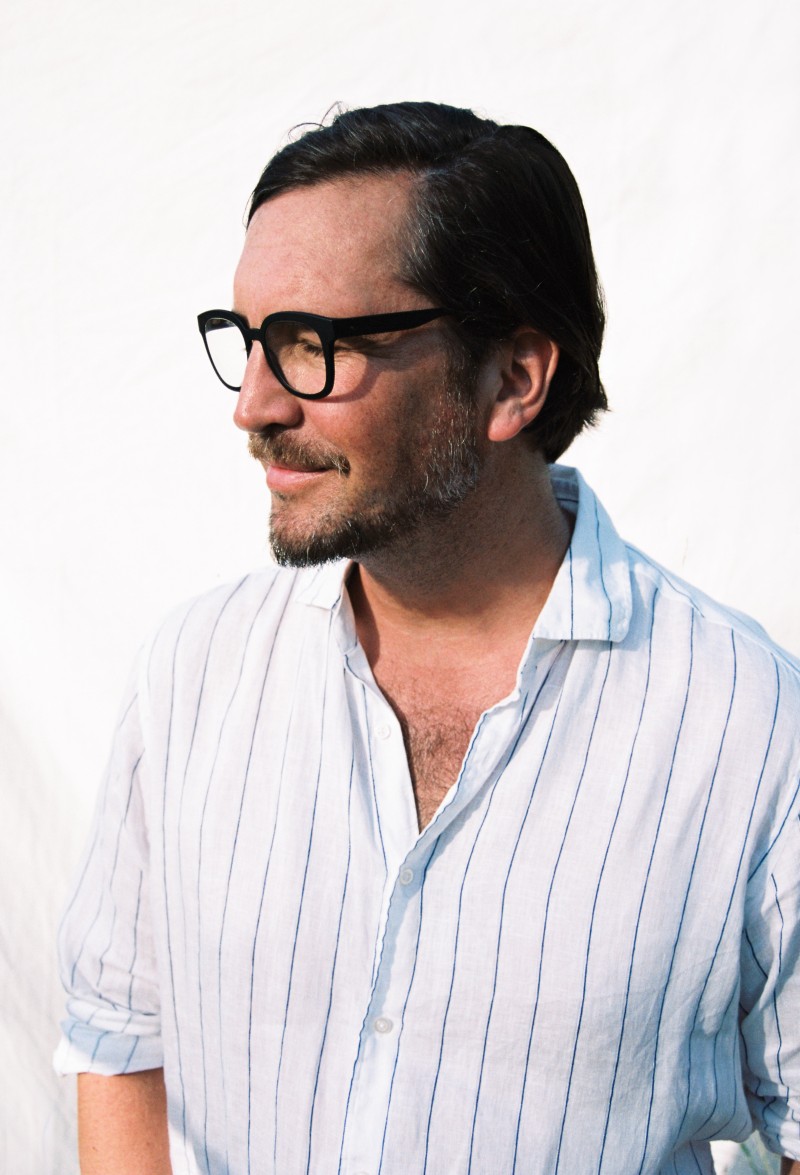 Johann von Haehling uses his personal experiences for his work with the Arts & Nature Social Club. While studying political science, he founded his own creative and strategic communications consultancy and landed sports giant Nike as the first customer. He worked for Nike as Creative Director for five years, adding clients such as Apple, Chanel and the Rocco Forte hotel group. At the same time, Johann von Haehling entered the art trade and quickly recognized the advantages of creative exchange: “For me, art is the gateway to philosophy. No more and no less. Inspiration to see the world differently. I find it extremely enriching to see the world through the eyes of artists, ”he explains.

For this reason, too, Johann von Haehling observes the world with different eyes today. For when success came, among other things with company locations in Los Angeles and Hamburg, the curator and management consultant did not feel fulfilled as he had hoped. With reflection, profundity and meditation, his personal urge for nature grew stronger and stronger. Thus, from his existing skillset and the search for his own purpose, the Arts & Nature Social Club was born: "Because I wanted to turn mother nature into a customer!"

The Arts & Nature Social Club is currently represented at two locations with so-called chapters. However, Johann von Haehling plans to further expand the club internationally with one clear goal in mind: “The vision is to develop the club worldwide. A bit like Rotary: They managed to build 36.000 chapters in a hundred years. I would like to do something similar in the next 10 years. " 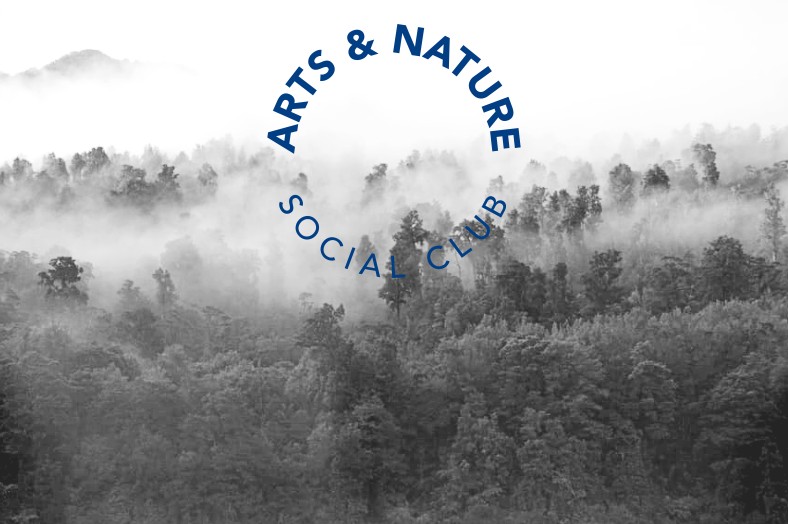 The Arts & Nature Social Club addresses a global problem that requires a global response. "A task like climate change requires that certain groups are not excluded from the outset in the search for solutions. Rather, it is about forming a circle that is open and also discusses the difficult cases," says Johann von Haehling. He is referring to the oil and gas industry, for example. He is convinced that the core answer lies in the spirit of each individual.

Everyone should first recognise the problem for themselves in order to then "be inspired within a community for new approaches to solutions and support each other". There are 3 factors that the club wants to unite. "The aspect of a community, where you create an attitude together, develop and implement solutions for a sustainable world, and a community characterised by reliability, trust and closeness." This would give inspiration and collaboration a special value.

A digital campfire is not a substitute for a meeting

The Arts & Nature Social Club claims to inspire entrepreneurs and politicians to turn the lever in the right direction. For this reason, in contrast to current trends, coming together in non-virtual spaces is important. Because this way, an open exchange and trust would be promoted. The creative networker visualises the relevance with the image of the campfire: "Thousands of years ago, we gathered and socialised around the campfire. It was where we ate, it was warm and we could live as a community. And that is exactly what we are missing with today's digitalisation and urbanisation. Everybody for themselves and nobody really together." 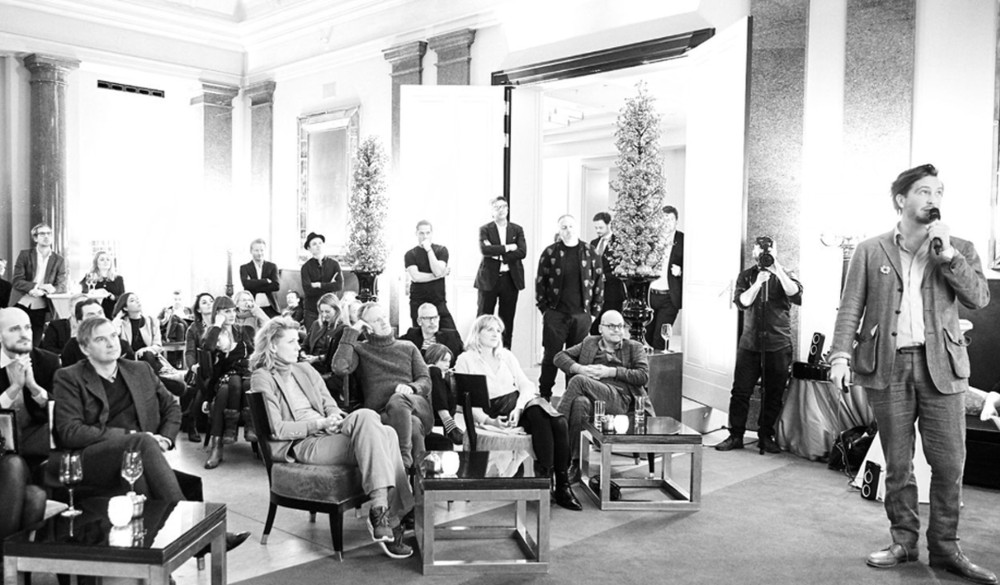 Digitalisation has enabled further opportunities for communication, but digital communities are no substitute for real communities. That is why the Arts & Nature Social Club is pursuing the strategy of "founding communities worldwide where people can come together physically again - and with a common purpose."

More and more consumers, especially Generation Z, are not only looking at companies superficially, but are also assessing the intentions behind them. Companies and people need a purpose to guide their decisions and behaviour, says Johann von Haehling. In this context, the Arts & Nature Social Club sees itself as a platform for cultivating purpose.

"Everyone has to find out their own purpose for themselves. Everyone has their own world view, their own business and their own needs. But the great common denominator is that we make our species and all other living beings involved on the planet capable of survival and do not inflict suffering." With this, the political scientist clarifies the perspective that purpose does not always have to be identical. For it is not about lecturing others, but about finding common ground with which to work together.

The triad between art, science & enterprise

While the same industries, professional groups or similarly thinking people would come together at most events, the Arts & Nature Social Club tries to re-mix these bundles of interests. "I believe that the dynamism of an innovating society lies in the diversity of people." From Johann von Haehling's point of view, art also plays a central role: "Free and open thinking has always been the task of the artist."

The triad of art, science and enterprise underpins the importance of the aspects: Inspiration, collaboration and implementation. "Art stands for the free-thinking, the innovative, the open, the visionary. The scientific facts stand for the craft. Followed by an entrepreneur and politics for implementation." These three pillars would emphasise the importance of collaboration between the different sectors.

Waiver and prohibitions are two words that make the concept of sustainability very unattractive. This leads to the conclusion that sustainable consumption does not have to be a restriction. Rather, one should start with the products themselves. For Johann von Haehling, for example, it is about the questions: "What kind of philosophy is behind the products? What kind of attitude lies behind the brands and behind the consumers?

According to the Creative Director, the timelessness of products and design is particularly important, as this would enable long-term use. Nor is the demand for convenience necessarily unsustainable. Because he believes that new and positive economic models can be derived from every change.

The climate crisis is a constant companion of current topics and news. According to the art expert, innovation is an important driver in finding solutions. We need this above all “in dealing with how we produce, what and how much we produce. But also how we deal with energy. An important aspect is that we find technological, economic and political solutions. That means we have to open up, we have to allow new points of view and new perspectives. "

Because with the old economy that created the problem, it cannot be solved alone. Capitalism does not have to be an opponent. "It is about integrating a completely new value system within capitalism. The core values would have to be redefined and adapted to our time. These still stem from a motivation and a time when growth was the sacred cow," he explains.

“Now, however, the sacred cow is no longer growth, but rather, for example, the ability to survive in the sense of a circular economy, reduced CO2 emissions, animal happiness and human welfare. These could be new core values ​​of today's capitalism,” he continues. This would put the focus on happiness. On a personal level, this would mean finding luxury not in personal enrichment, status and growth, but in one's own and each other's well-being.

Thank you for the interview Johann von Haehling 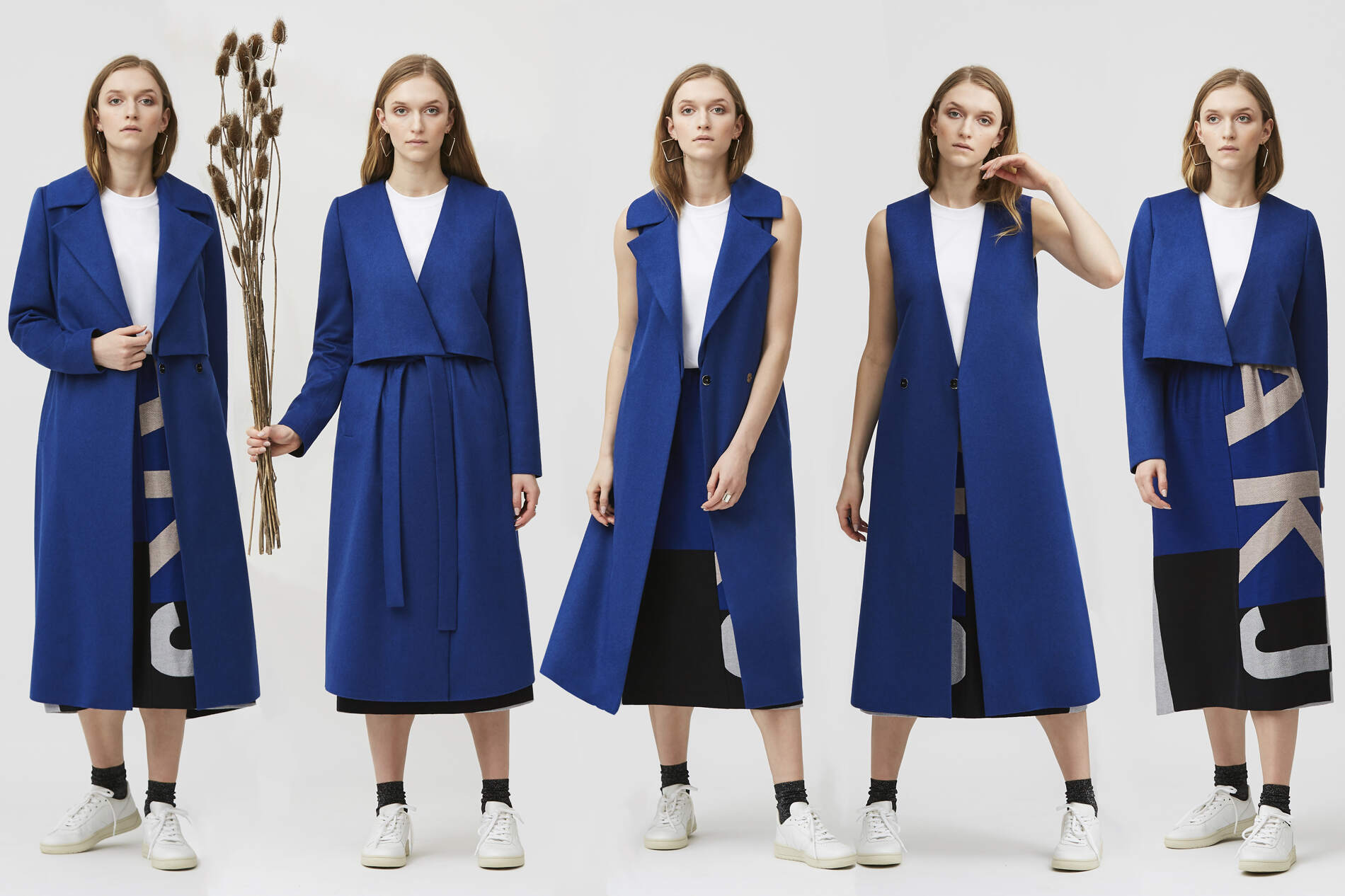 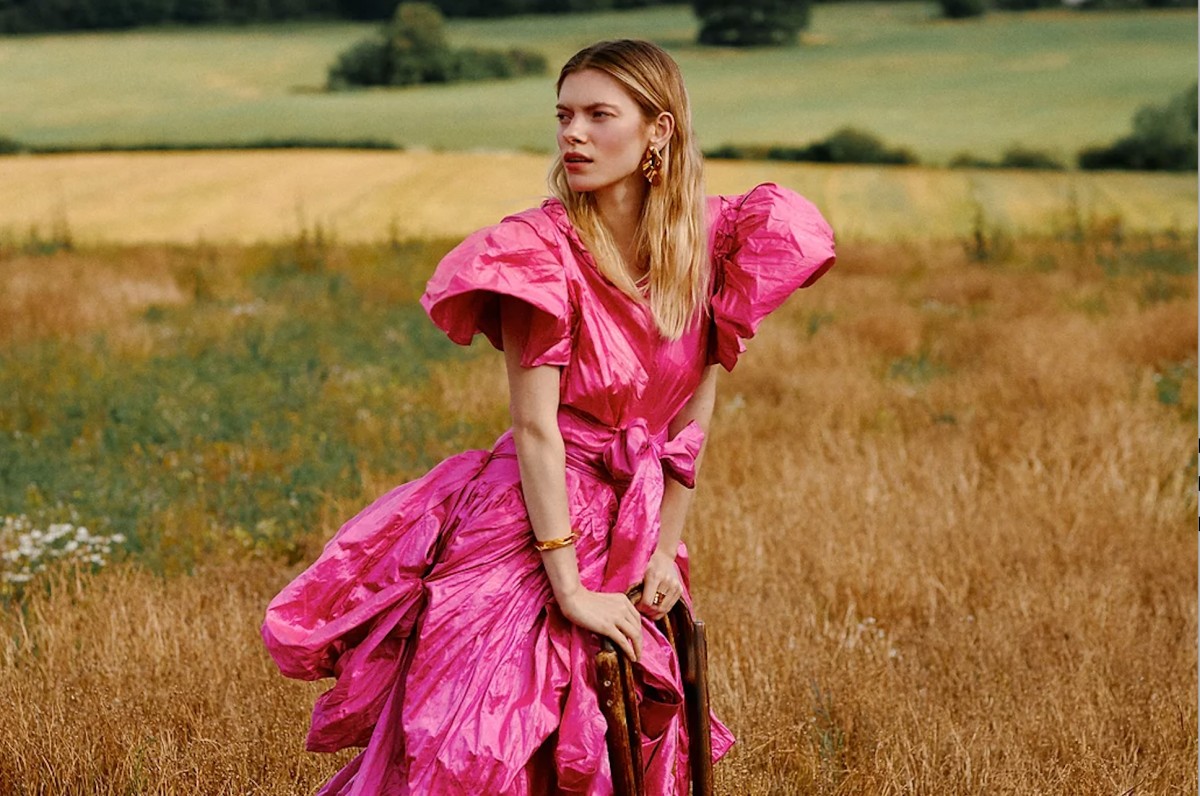 LIFESTYLE
The NJAL top 10 brands of the month These 10 brands show the diverse facets of creative and sustainable... 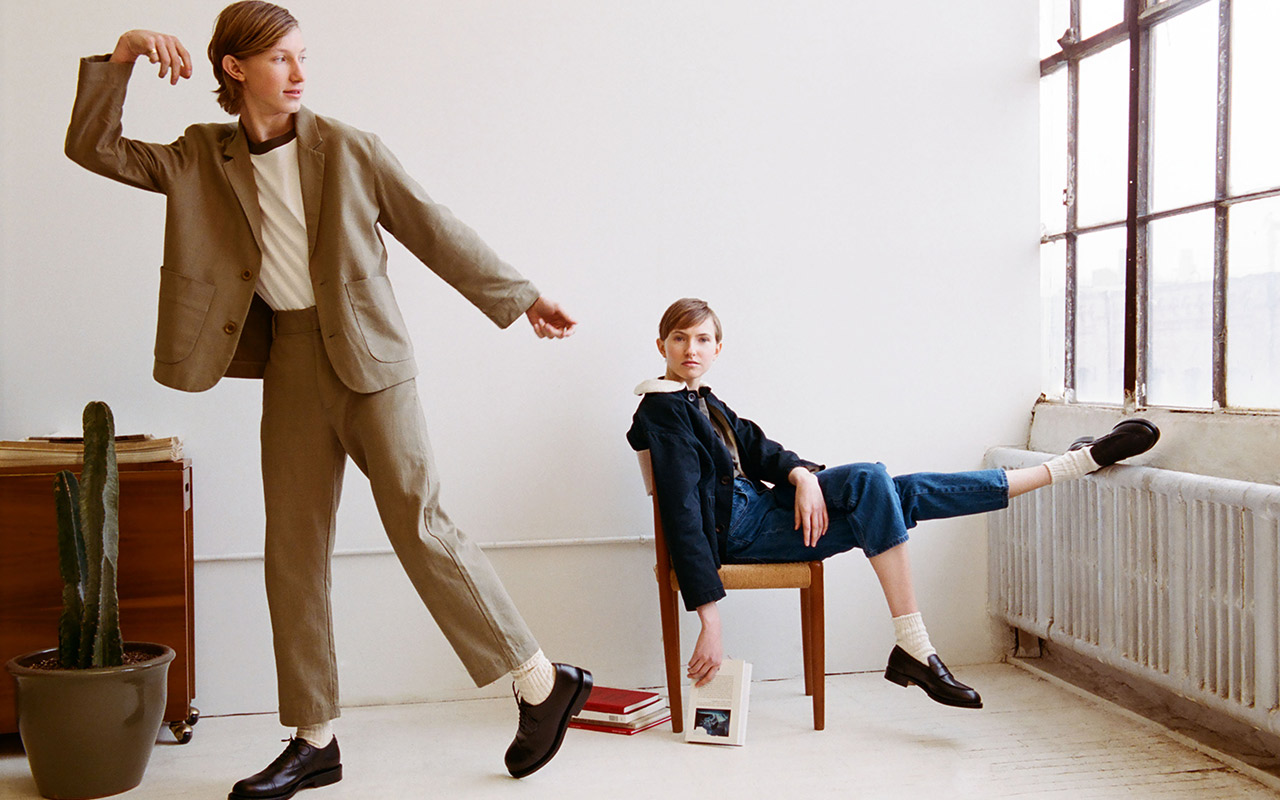 LIFESTYLE
Unisex from head to toe - these are the brands to watch Unisex is a movement on the pulse of time - away from categorizations and towards flowing boundaries. We show our ...
We use cookies to give you the best online experience when visiting our websites. By using our website, you agree. More information can be found in our Privacy Policy
OKClose
Privacy & Cookies Policy