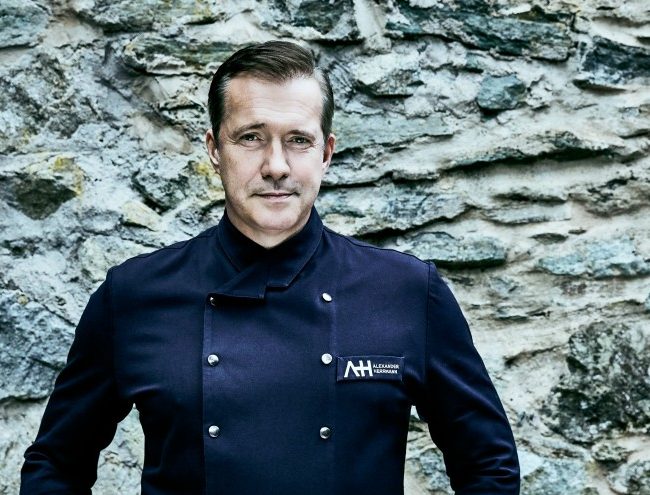 Four books, a radio show and the moderation of several cooking shows made Alexander Herrmann one of Germany's most popular TV chefs since the end of the 90s. You can taste all his passion in his restaurants in Wirsberg and Nürnberg. However, many people are unaware that he is always looking for ways to promote the food industry in the region with offbeat ideas and a dedicated food scout.

In a historic half-timbered house in the middle of the idyllic Wirsberg lies the "Posthotel Alexander Herrmann". Here is the pride of Bavaria: the gourmet restaurant of the same name, whose changing meat and vegetable menus have been awarded 2 stars by the Michelin Guide.

Things are a little laid-back in the "Imperial" on the outskirts of Nuremberg's Old Town. Here Franconian cuisine is reduced to the essentials. On the ground floor of the same building is the Fränk'ness, where the legendary Franconian oven kitchen is being redesigned.

1. What was your first home-cooked dish?

Cooked maybe not, but created. I grew up in our family hotel and therefore had fresh bread every morning. When I came to school, all my friends had soft, almost rubbery sandwiches. I found this extremely enviable. That's why I wrapped my fresh rolls overnight in a plastic wrap, cut them open the next morning and clamped a foam kiss in between. This sloppy foam bun was my first creation. And I was so proud of it.

2. How do you put your personal signature on each menu?

For the menu development, we have a strict process: I sit down individually with my respective chef and let them suggest the products they want to cook with in the new menu. This is important because, of course, they are not only responsible for the product quality but also for the price and quantity. Subsequently, the products are assigned to the individual courses of the menus and further formulated.

Four to six days later, a second appointment for rehearsal follows. In between, the respective chef goes through the menus with his team and lets them participate in the preparation of the individual dishes. So the team can not only work together on problem solutions, but at the same time becomes part of the menu creation. During the rehearsal the dishes are finally finalized, prepared and tasted before I give the final "Go". In this way it is possible to give the menu not only mine, but also the unmistakable signature of the whole team. 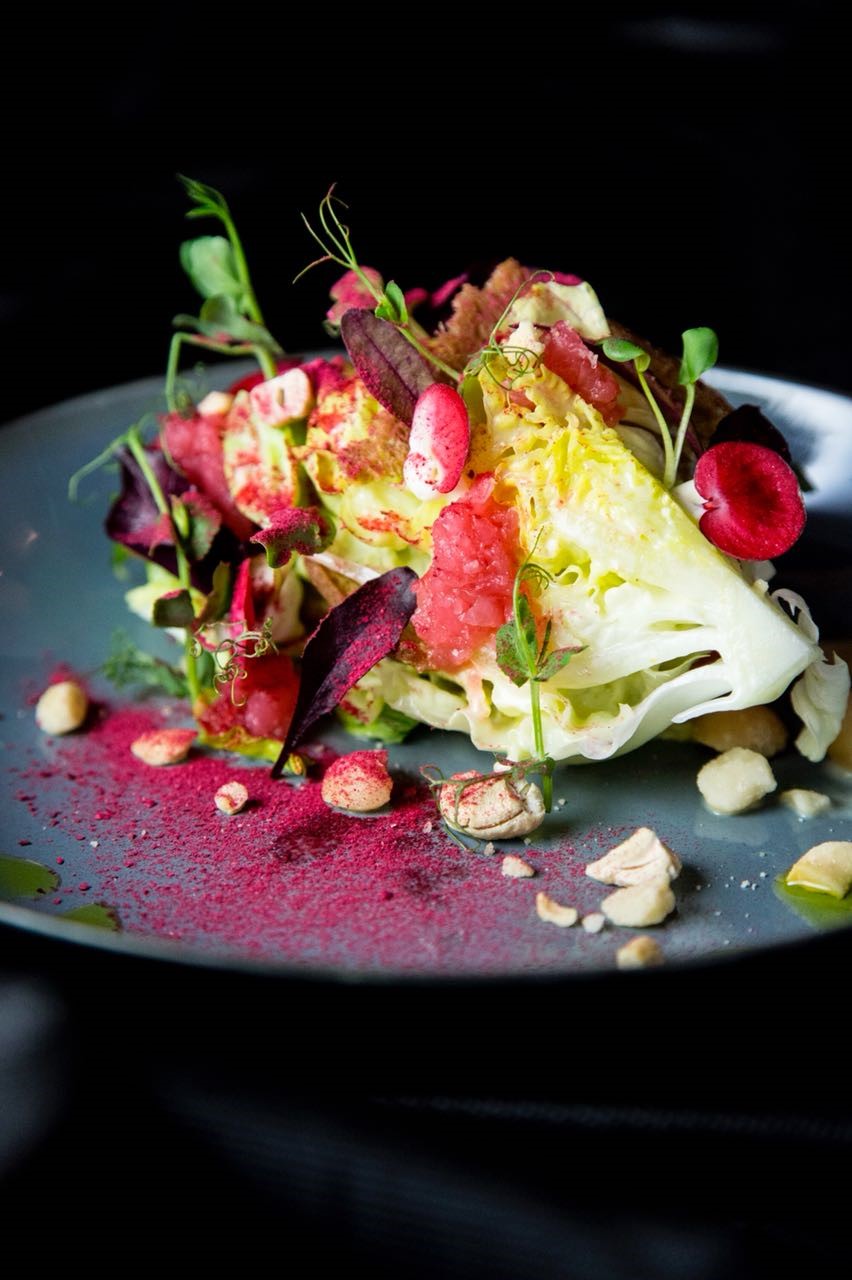 3. What are some of your sustainability related projects?

I have to admit that I hate to say the word sustainability because it is used indiscriminately in our society today. Nevertheless, of course we want to consciously use the resources - in my opinion, this is more of an ethical attitude than a head-controlled sustainability question.

We source a large part of the food from the immediate vicinity and we work together with sixty suppliers from vegetables to meat to exotic fruits. The latter come from a four-thousand-square-meter greenhouse, which is heated by the waste heat of a glass factory. From here we get for example papayas or even rare calamondin oranges. In this way we neither cause CO2 nor long transport routes and at the same time support the economy of our region. 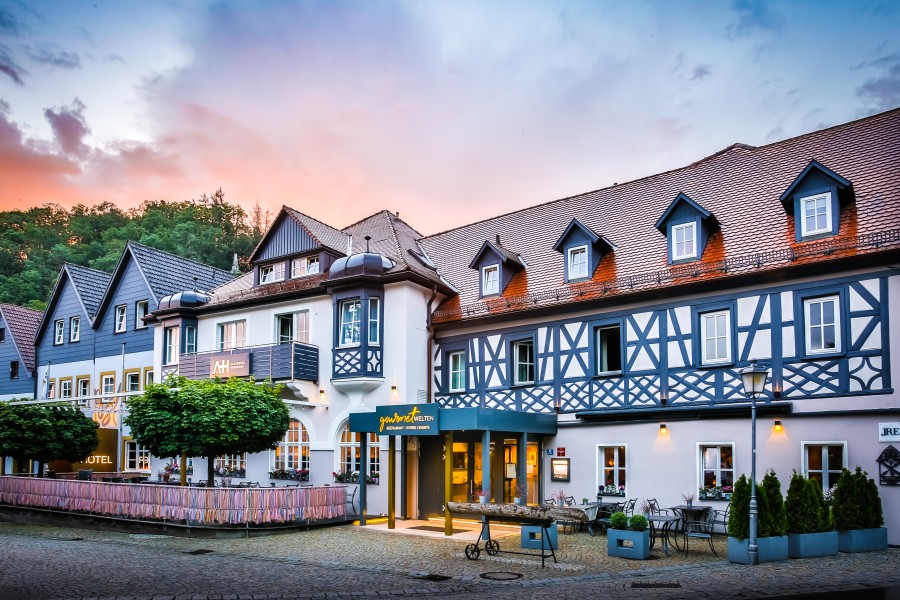 4. Do you observe a change in your guests' behavior due to the media-effective reporting on meat consumption?

For five years now, we have had two different menus in our gourmet restaurant: One is the "CONTRAST" menu, in which fish and meat are offered as normal. The second menu is called "OFF" and stands for "Without Fish Meat".

About five years ago, about 10% of our guests opted for the vegetarian menu, today the figure is about 40%. You can clearly see that my guests, as well as our society, have developed an increased awareness of a healthy diet. Of course it is also very exciting to try a pure vegetable snack from the two-star chef.

In general, however, we have no meat and fish consumption discussion, as we obtain our meat directly from the region and process the whole animal. Although in the gourmet restaurant, the so-called Nobel pieces land on the plate, the other parts find their place in our bistro or at regular events such as brunch, summer party or cooking classes. 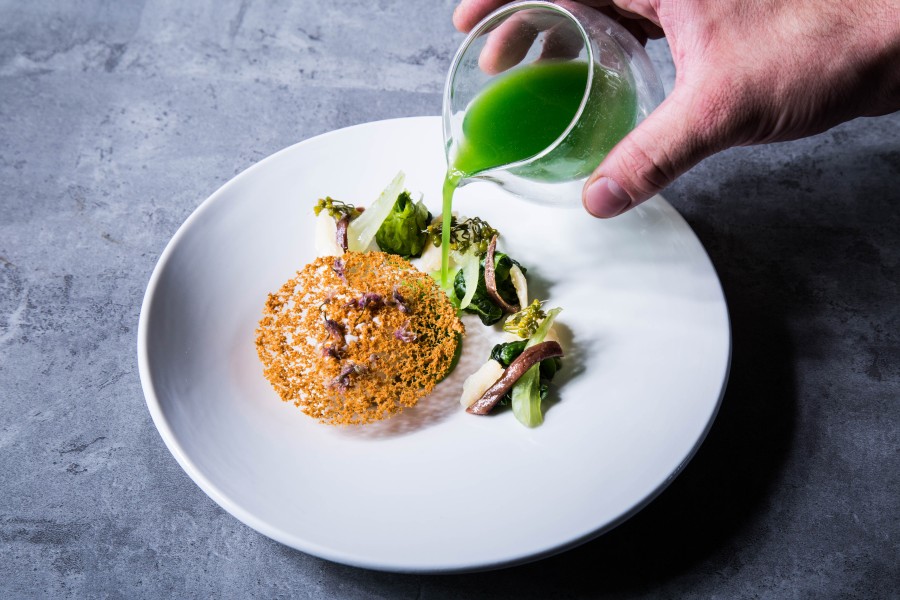 5. Superfoods, gluten-free, vegan: How do you assess the current trends in the food industry and consumer behavior?

It is not for me to judge the developments of the food industry or the consumer behavior of the buyers. Everyone has to decide for themselves. One thing is clear: most vegetarian or vegan butcher sets are worse than the original. The consumer falls for it and that, although all additives are clearly stated on the packaging. Since the food lights whose introduction is being discussed again, in my opinion, would not help.

In addition, it would appear red on almost 80% of all food in the supermarkets anyway. The same applies to Grandma's vanilla kipper, which she bakes every Christmas. Too much butter, too much sugar, too much fat. The only and most important difference is the ingredients. Granny buys not the cheapest butter and tipping as much sugar in the dough, but looks especially on quality. That is, it is not only important to know what foods I use, but also where they come from.

6. What do you think will be the future trend in gastronomy in twenty years?

This question turns out in my eyes quite complex. Maybe even the first cooking robots will find their way into gastronomy. On the other hand, I'm convinced that good cooking is hard to replace. We're just not going to rationalize that fast.

In terms of products, eating habits will change so that today's levels of meat and fish are unlikely to be available. With the amount of people who need to be fed, it just can not work without the perfect farming. On the one hand, certain sprays are and must of course be banned, on the other hand, of course, we will also suffer crop losses without these funds. You have to try to solve this dichotomy.

That we all eat only organic products in the future, is rather unrealistic. However, over the next twenty years there will certainly be a big step towards higher quality products. Nevertheless, there will probably always be a high number of unreported cases, which feeds just as badly as it does today. It is always just a matter of priority. 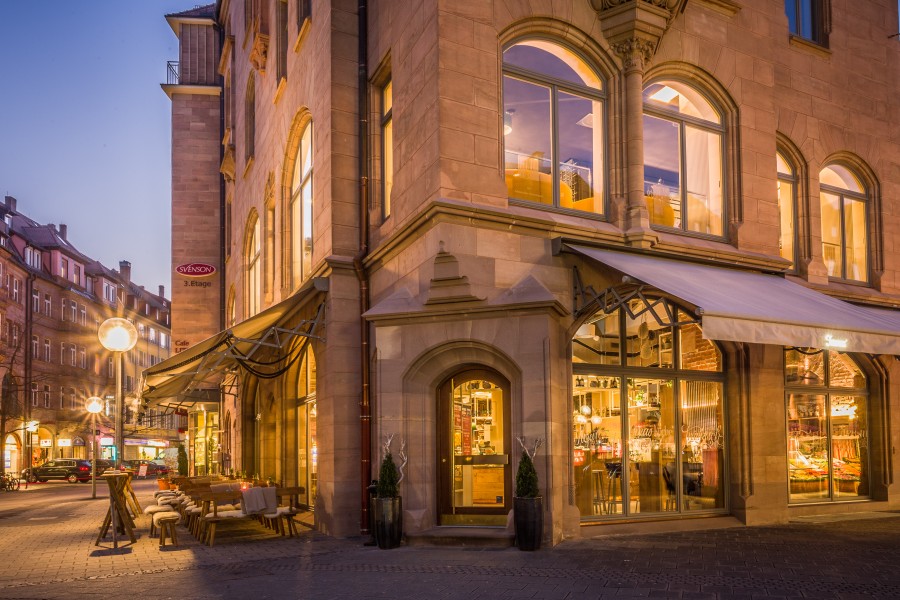 7. Her TV shows and books have made her a star. Do your children see you that way?

Even if you are in the public, you experience the same educational moments at home as other parents do. We have never talked about public reputation. It's not like anyone says, "Ow, my dad is the big star! My job is normal for my children. So the question can not be answered because we never asked it ourselves.

8. Please give us a tip for a perfect date dinner?

If you want to get rid of your counterpart, then something with a lot of garlic. As a main course, there is Penne all'arrabbiata with so much garlic that enough inhibitions are awakened to avoid the dreaded kiss.

The prerequisite for the perfect dinner: It should go to the heart and soul. That's why I'm a big pasta fan. I believe that the man should show first and foremost that he has made an effort. So it does not have to be a star kitchen. With a nice fried fish or a delicious salad you are already very far. But the most important thing is the crowd: it can not be too much. The perfect date usually does not end after dinner.

Many many thanks Mr. Herrmann. 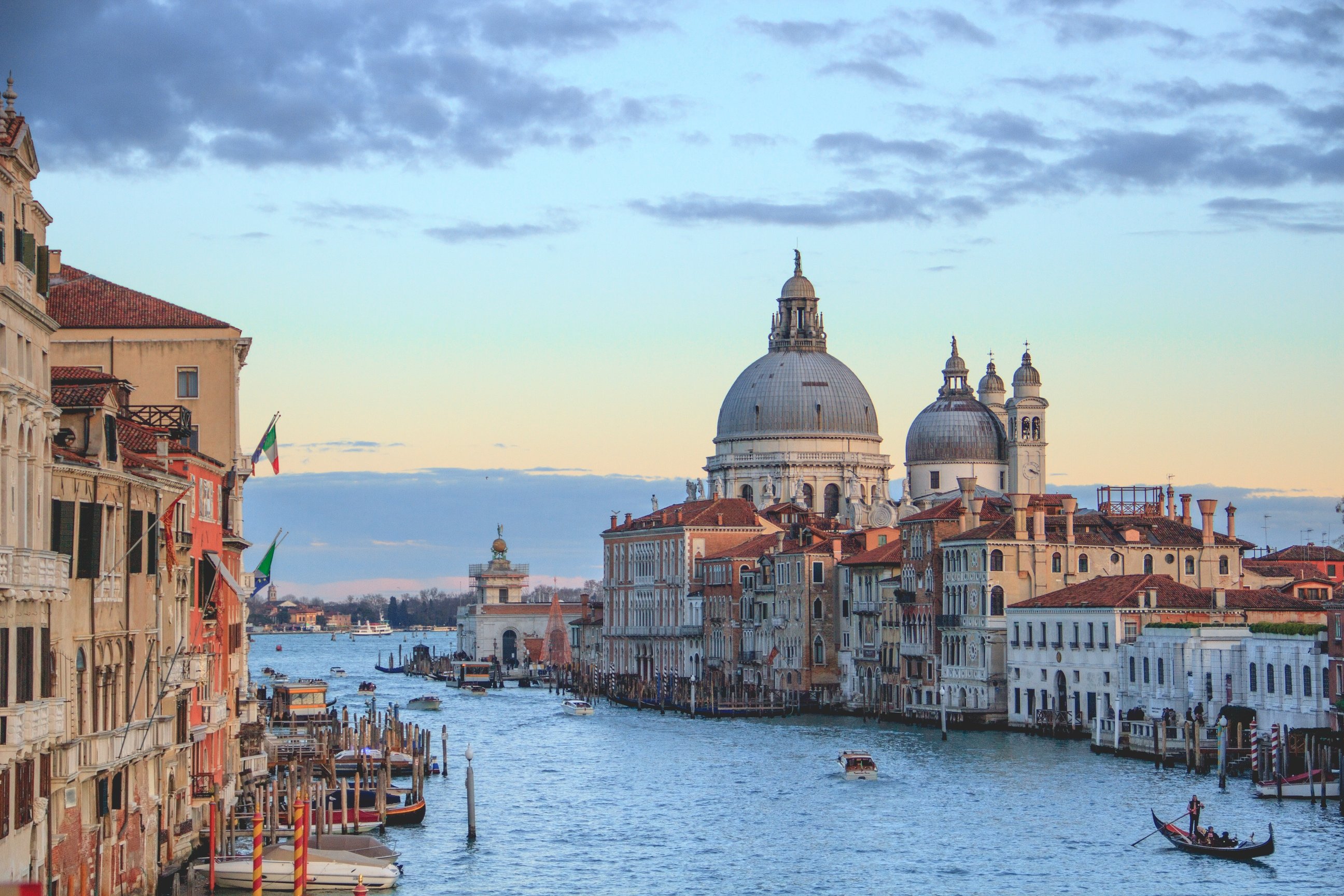 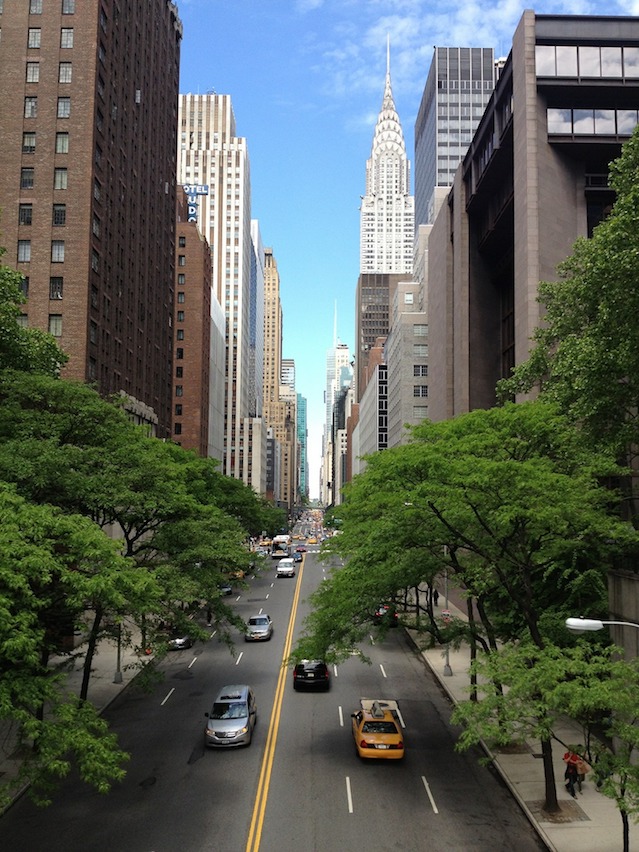 FOOD & TRAVEL
The Best Gourmet Organic Restaurants in New York New York is known for its diverse gastronomy scene. We'll tell you in which organic restaurants you ... 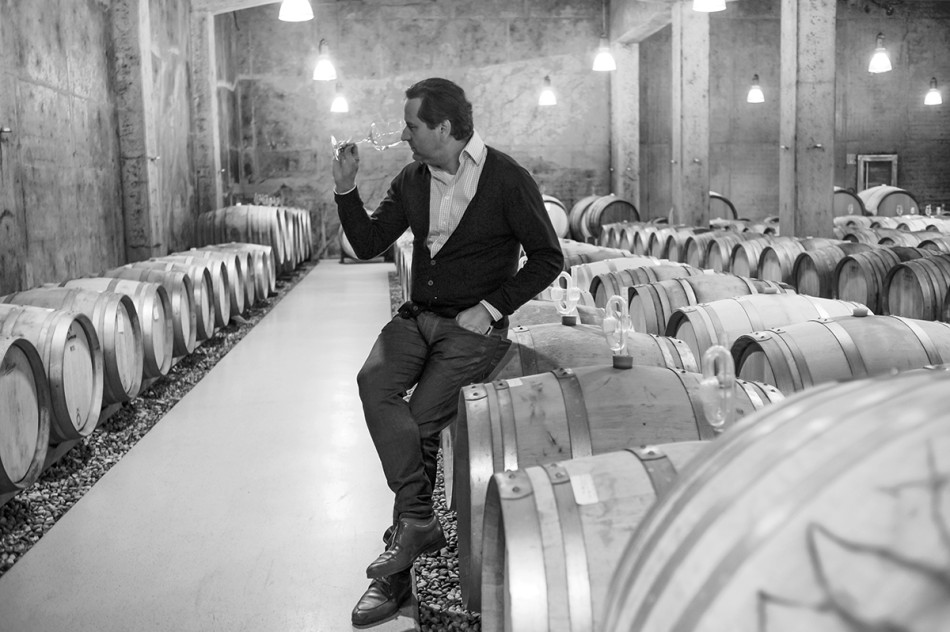