First green washing, now woke washing? Why brands communicate their commitment to socio-political issues - even without real values ​​behind them 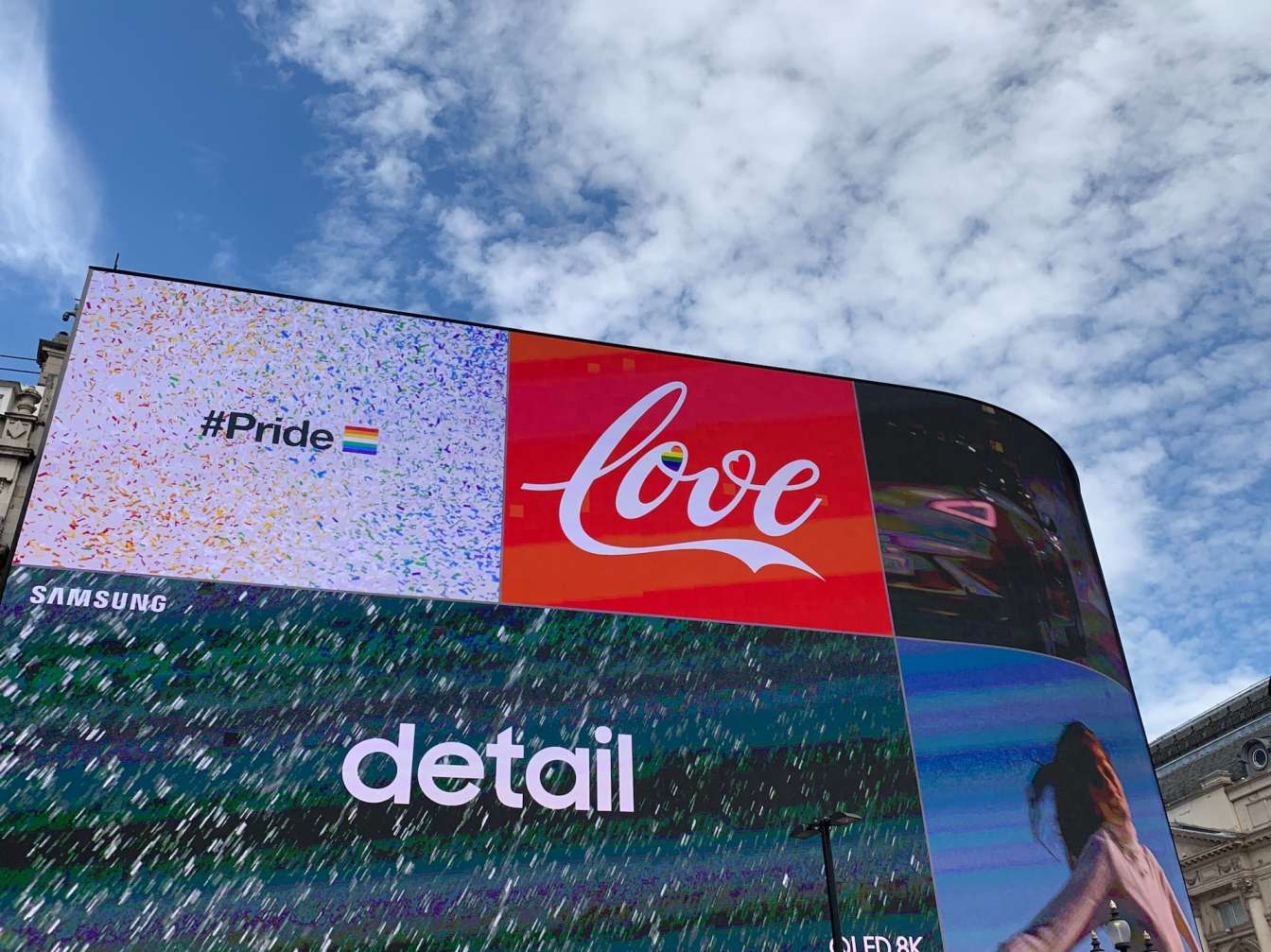 Is Diversity the new sustainability? At least from a marketing perspective. More and more companies are currently integrating prosocial claims into their messages to market their services or products. The reason: Social awareness and socio-political responsibility are criteria for success on the market today. Both consumers and consumers demand these commitments from companies and base their decisions on them.

No wonder, then, that this new mindset is pressuring companies to demonstrate commitment. And as quickly as possible. However, this is where it becomes problematic. Just like the topic sustainability Some companies communicate bold statements and proclaim their commitments without actually representing these values ​​and implementing appropriate business practices. But that's not the point here greenwashing, but about woke washing. A type of misleading image-building and sales-boosting marketing that references sensitive socio-political issues such as gender or ethnicity.

When visibility is no longer enough

Of course, marketing in general isn't a bad thing. Rather, it is an important tool for drawing attention to grievances such as social injustice and creating visibility and awareness. Representation matters! However, should Marketing but also be authentic and credible instead of misleading. 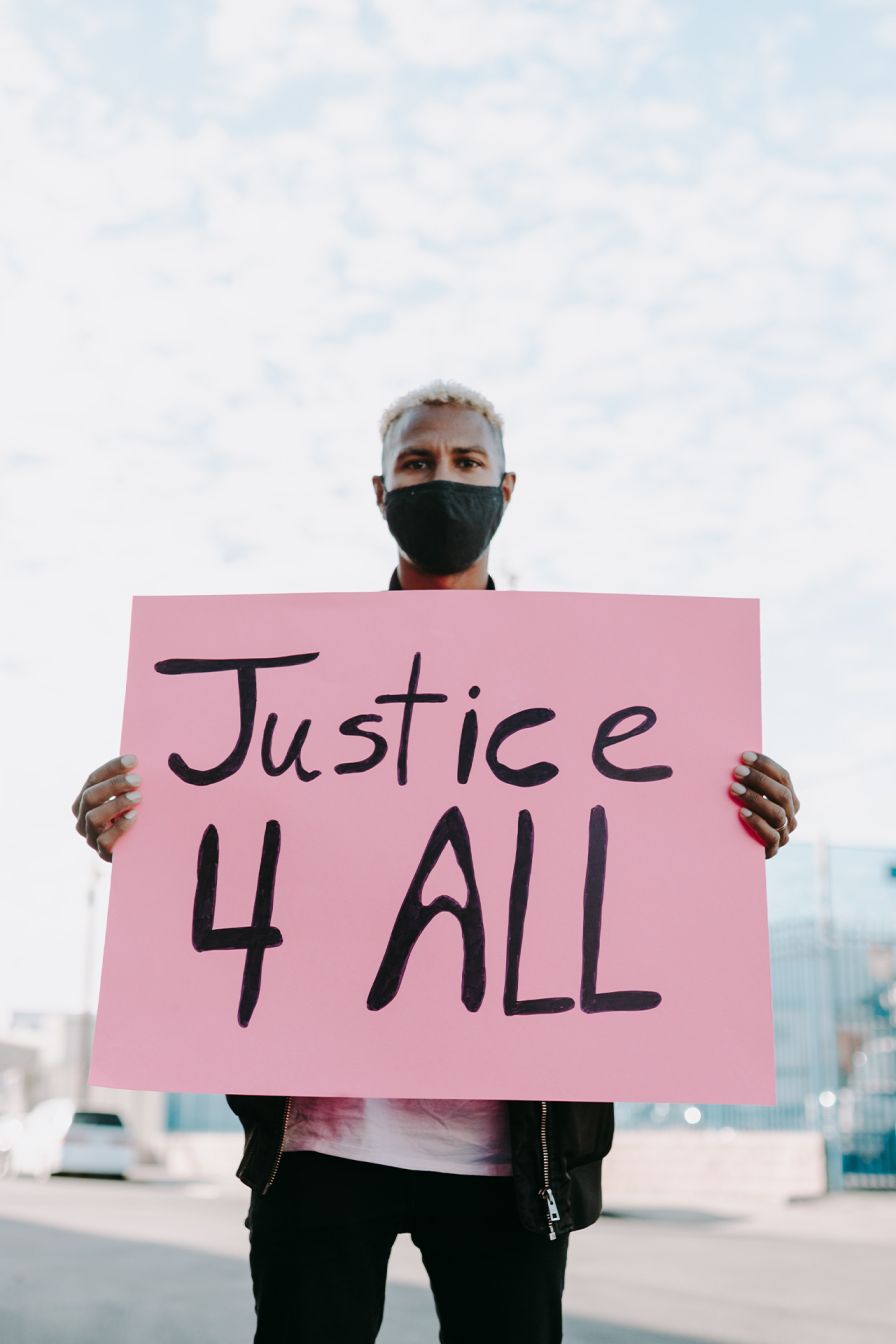 What added value does the mere depiction of a socially desirable utopia have? What contribution do brands make to female empowerment, if they campaign communicatively for women's rights and at the same time pay women less and less? To what extent can an advertising campaign representing the LGBTQIA+ community make a difference as long as company employees do not dare to speak up to come out at work? Or in short: What is the use of a stereotypical communication strategy that is decoupled from internal business practices and values? Visibility - clear. But don't we need something more meaningful and fundamental to break and overtake rigid structures?

Corporate success through being woke instead of woke washing

The African American term Woke is synonymous with social awareness. Today it has become the buzzword for progressive companies and groups. Accordingly, it is about commitment that has to do with social awareness. And since this can affect a whole range of topics, it is weekness complex. Gardenwartz and Rowe's "4 Layers of Diversity" model can be used to provide clarity. This reflects various dimensions of diversity, including gender, sexuality, physical abilities and ethnicity, and thus sets a thematic frame of reference for companies that want to act progressively.

Important here: Characteristics such as gender, which are often affected by tendencies towards discrimination, are uncontrollable and unchangeable. Therefore, positive change can only happen when organizations are willing to change their internal structures or business practices. A common mistake, however, is to create fleetingly stereotypical offers to meet market pressures. If you want to implement diversity successfully, you have to develop holistic approaches.

Even if restructurings like these are associated with costs and effort in the short term, they promote corporate success in the long term: companies with a defined framework for diversity improve their employer branding, increase their customer satisfaction and loyalty and develop more innovative solutions. A recent study even found that companies with female leaders are 25% more likely to perform better than their competition.

Social media as a control instance for woke washing

Recently, more and more companies have been accused of woke washing. However, it is not just about observations. Similar to greenwashingcases, Woke Wahing leads to reactions from stakeholders. These include the end of partnerships, the loss of investors, boycotts by consumers or deterioration of the image.

For example, Giltette launched a viral video campaign against toxic masculinity in 2019. Instead of the desired reaction, however, it received criticism and bad responses because it reproduced depictions of stereotypical gender roles. The result: twice as many dislikes as likes on social media. In addition, despite the campaign, the brand continued to demand the "pink tax" - a price discrepancy that is levied on products classified as typically female. A stark contradiction between message and business practice.

Incidents like these show that many companies still fail to develop holistic concepts. And concentrate on the simple - cost- and time-efficient - option of pure marketing. However, digitization counteracts this: Due to networking on social media, there has been a shift in power from companies to employees and consumers. This enables them to hold companies to account - anonymously if necessary. In fact, publicly, independent of time and place. So unsubstantiated marketing claims can be debunked more effectively than ever. In this way, the sensitized part of society provides enlightenment along various, also less informed groups, and complicates the process of woke washing.

Co-creation & learning as the basis for holistic diversity strategies

Contrary to popular belief that only small brands can balance message and values, more and more mainstream players are showing how it works. For example, Levi's underpinned the credibility of its collection to celebrate Pride Month with a transparent DE&I Impact Report. Nevertheless show in particular aspiring trailblazersthat social awareness is inherently part of their DNA. Brands like Daily Paper or Hanifa, whose founders are PoC and Female, prove that equality is not an option, but a matter of course. 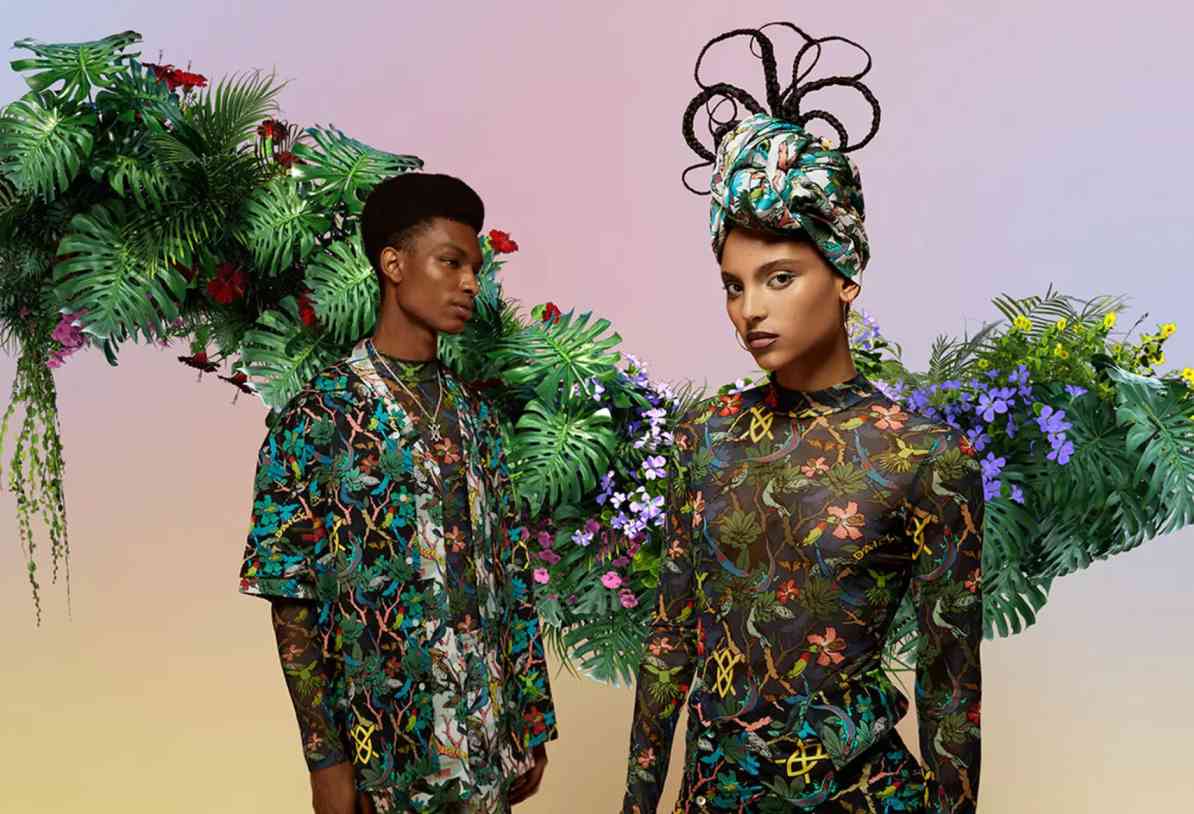 Since changing existing structures is often complicated, established companies and brands should be inspired by young talents and consider cooperation in order to learn from them. And if necessary to push them through other means - for example financial ones. Win win. In addition, marketing experts have identified a gradual approach as the most effective approach to implementing a holistic diversity framework, so that learning processes show an authentic path to restructuring. In this way, diversity is not just reduced to a separate initiative, but gradually integrated into every activity and every decision-making process.

Ultimately, the increasing interconnectedness of our society means that companies often can no longer get away with woke washing. Dealing with the negative consequences of such an incident requires much more effort and expense than developing a holistic diversity strategy. So why should companies take the uncomfortable path of woke washing and risk losing their credibility instead of rethinking directly and reaping the positive effects of OF to use?

That said, a few incidents still show us that the diversity and inclusion debate is heavily driven by media interest - which is why we need to keep the conversation going. 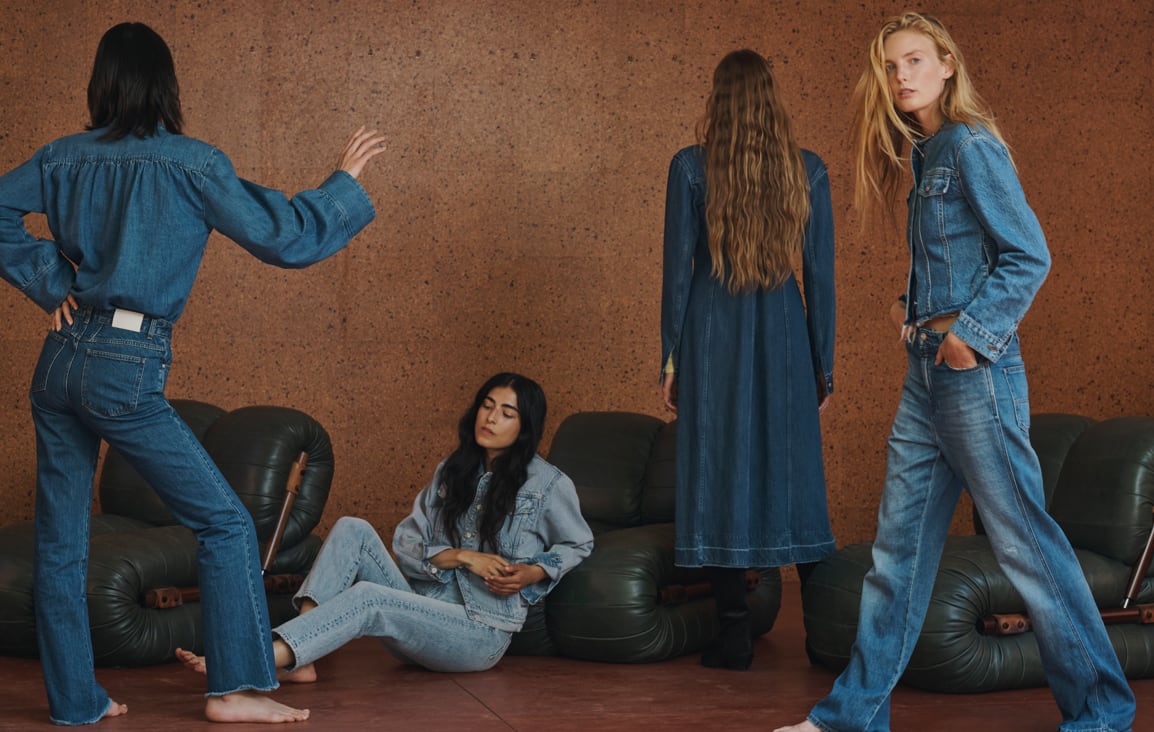 LIFESTYLE
The 10 best denim brands - sexy & sustainable jeans The denim trend has become an integral part of the fashion world. What few know, the production of jeans fabrics ... 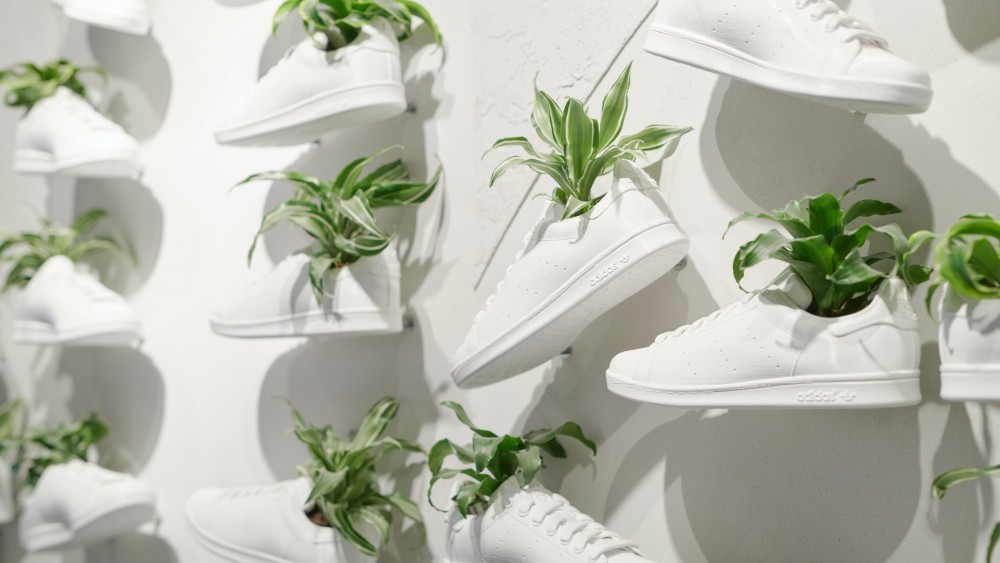