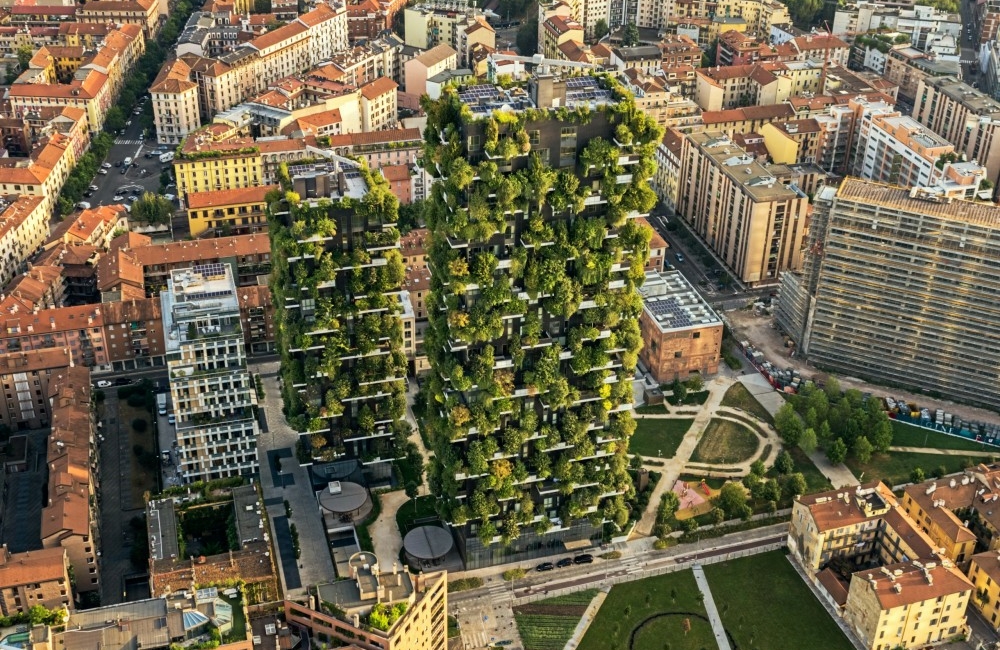 The Bosco Verticale in Milan is a vertical forest of 7.000 square meters with over 900 trees and more than 20.000 plants. At first hearing, it sounds rather like a fairytale, and that is indeed how it looks. The Bosco Verticale, which turns the twin towers in Milan's Porta Nuova district into the most innovative high-rise buildings in the world. Already 2014, the two high-rise forests in Milan have been awarded the skyscraper prize as well as praised for their forward-looking design.

The residents of the Bosco Verticale twin high-rises benefit from the plants and trees of the vertical forest through a significant improvement of the microclimate in their flats as well as on their balconies. Reduced energy consumption, together with reduced effects of heat islands in summer, give the two forest high-rises great popularity. The ecological benefits of the forested high-rises come mainly from the absorption of carbon dioxide as well as the production of oxygen through the greenery.

The two skyscrapers also combine an enormous living space under one roof, preventing urban sprawl and thus further expansion of the city into the immediate surroundings. The sustainable design of the vertical forest in Milan also has a major impact on urban biodiversity. The trees and plants provide an ideal habitat for both insects and birds, which has become rare in urban environments. Further development in terms of vertical farming is also conceivable here. 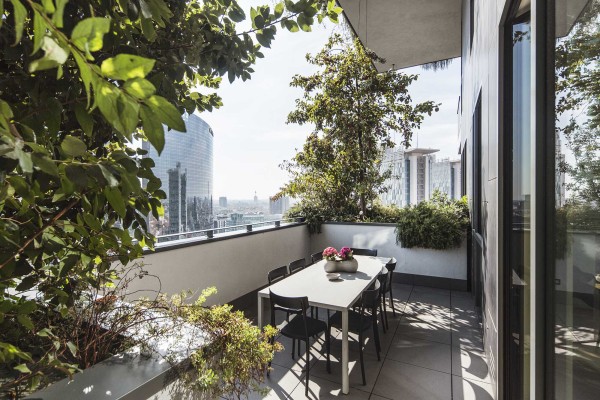 Criticism: Trees on high-rise buildings are not forests

While vertical forests are gaining popularity internationally, environmentalists sharply criticise this sustainable design trend. Because the greening of high-rise buildings is by no means an argument to destroy or build on additional green spaces in cities. No Bosco Verticale in the world can be a substitute for a real forest or a natural green area.

There are also no precise figures yet on the CO2 balance for transport, assembly, erection and maintenance of the trees at dizzying heights. So it is not clear whether the calculation will work out at all. And whether the trees on skyscrapers might even consume more CO2 than they can reabsorb in their lifetime. 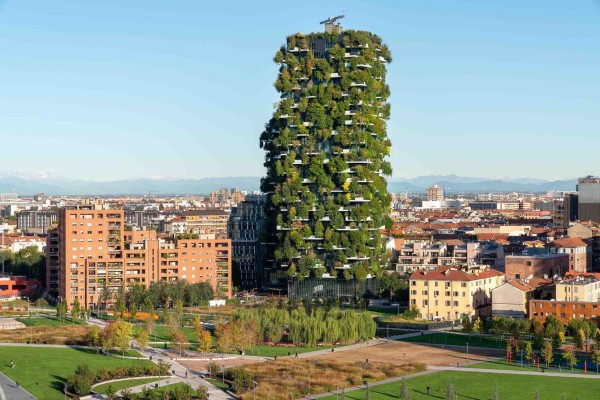 While cities such as Singapore are already focusing with increasing frequency on green design in new buildings, urban design in the future could rely much more often on housing forms such as the Bosco Verticale. This is an ideal way to respond to the growing scarcity of living space in big cities, while at the same time creating green oases for their residents. Sustainability in design and energy and cost efficiency are therefore more than forward-looking in urban design.

The increase in biodiversity also plays an important role in urban design. It could be secured in the long term with green high-rise buildings. A combination of planted skyscrapers and connected parks as well as green areas offers great potential to bring the greening of large cities back into focus of city designs. The quality of life would also benefit from it.

Worldwide inspired by the Bosco Verticale

The city of Nanjing in China is also building its first Bosco Verticale. The team of the Milanese architect Boerideveloped two towers that are supposed to be even higher than the twin skyscrapers in Milan. This could be a first step towards promoting sustainable urban design in China as well. In addition, this has a positive impact on the high CO2 emissions of Chinese cities.

However, Boeri's vision moves on a much larger scale. He is currently planning a forest city with up to 200 buildings in the Chinese city of Liuzhou. By 2050, 66% of the world's population is expected to be living in cities. The Milanese hope that his sustainable high-rise design will give nature back a place in the cities in particular. So that the ever-growing metropolises do not have to give way more and more to green surroundings. 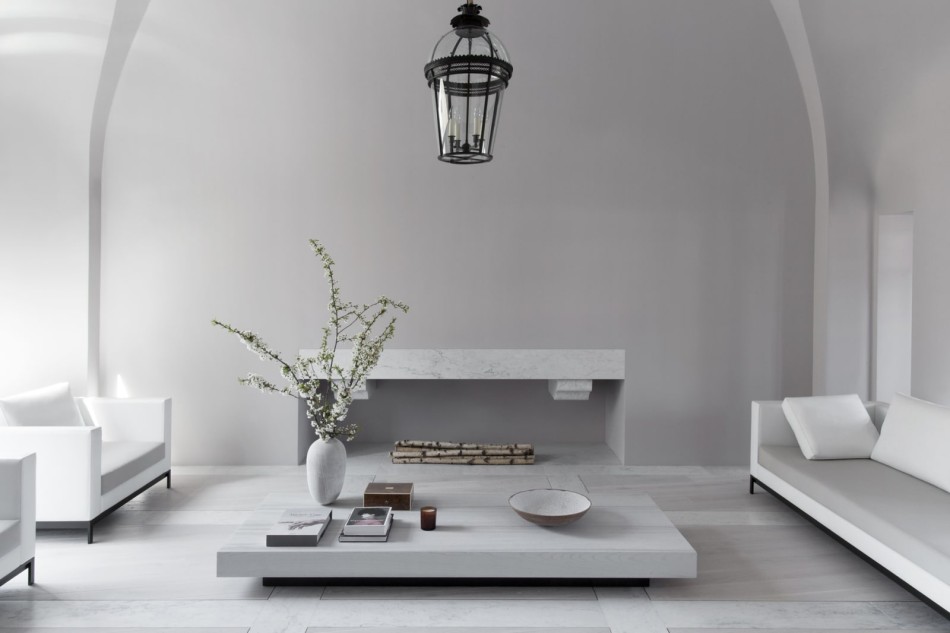 URBAN LIVING
Designer portrait - Guillaume Alan defines minimalist luxury on a new level The French exceptional designer relies on the essence of things and the search with aesthetic restraint ... 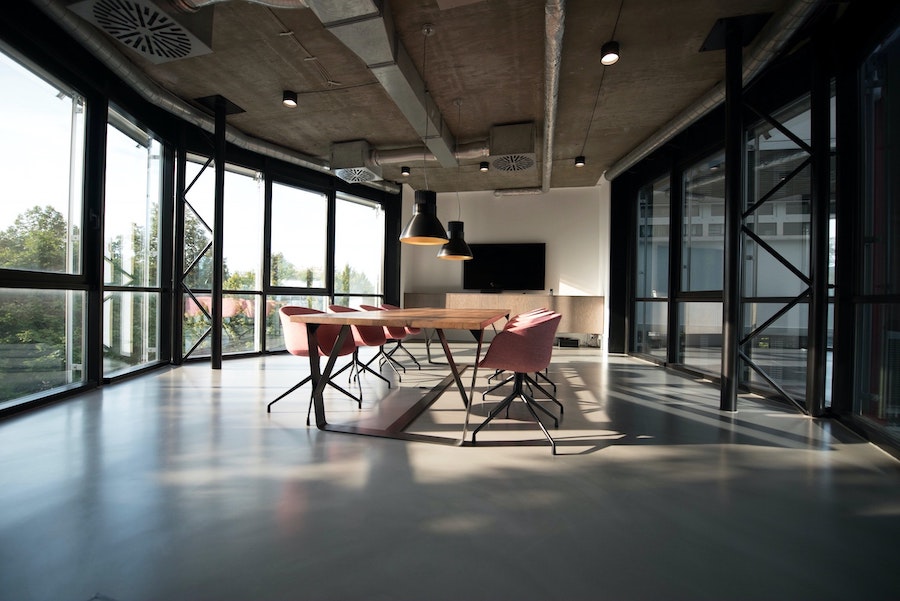 URBAN LIVING
What we can expect from the future new work culture A shift in values ​​towards collaboration, creative solutions and agility result in a humanization of ... 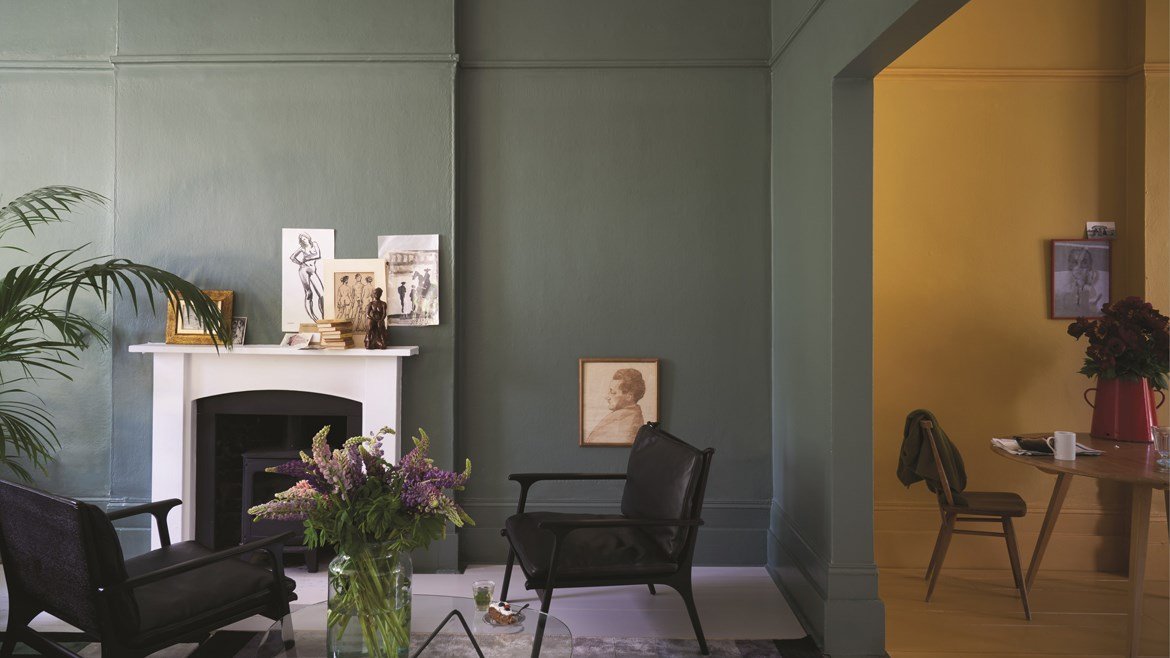 URBAN LIVING
Everything you need to know about eco-friendly paint In addition to the organic colors made purely on a natural basis, there are also increasingly new environmentally friendly colors from ...
We use cookies to give you the best online experience when visiting our websites. By using our website, you agree. More information can be found in our Privacy Policy
OKClose
Privacy & Cookies Policy