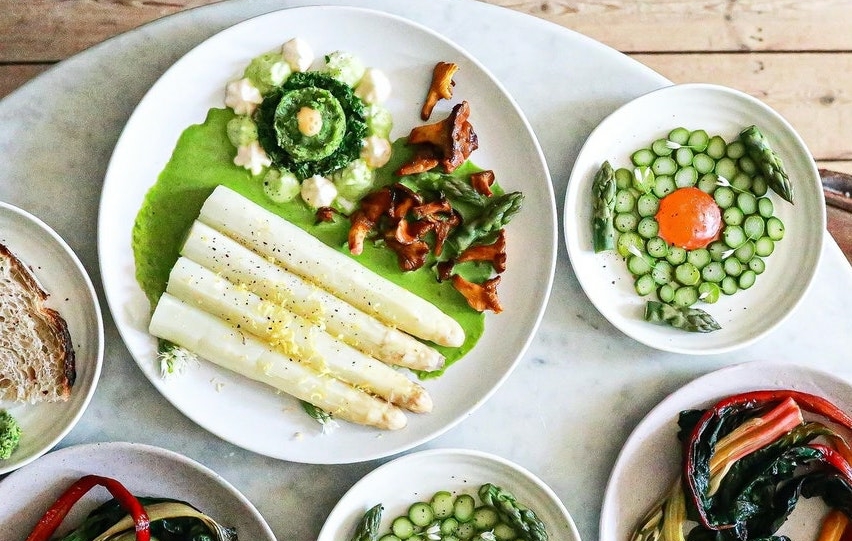 The artistically prepared dishes of the vegetarian foodies look just as elegant as the neologism Vegourmet sounds. The colorful ones make a special contribution to the aesthetics Colors of the Nature. Whether bright red, emerald green or a rich purple - vegetables come in the most beautiful colors and can inspire our creativity. But who or what are vegourmets anyway?

What does the buzzword vegourmet mean?

Vegourmet is a neologism of Vegetarian or Vegan and gourmet. Means: A vegourmet is a Gourmet, whose culinary focus is on vegetables. And proves that the unique variety of veggies makes it possible to conjure up unique dishes. From sweetness to acidity to umami - meat is skilfully avoided and its inflationary use is therefore superfluous. 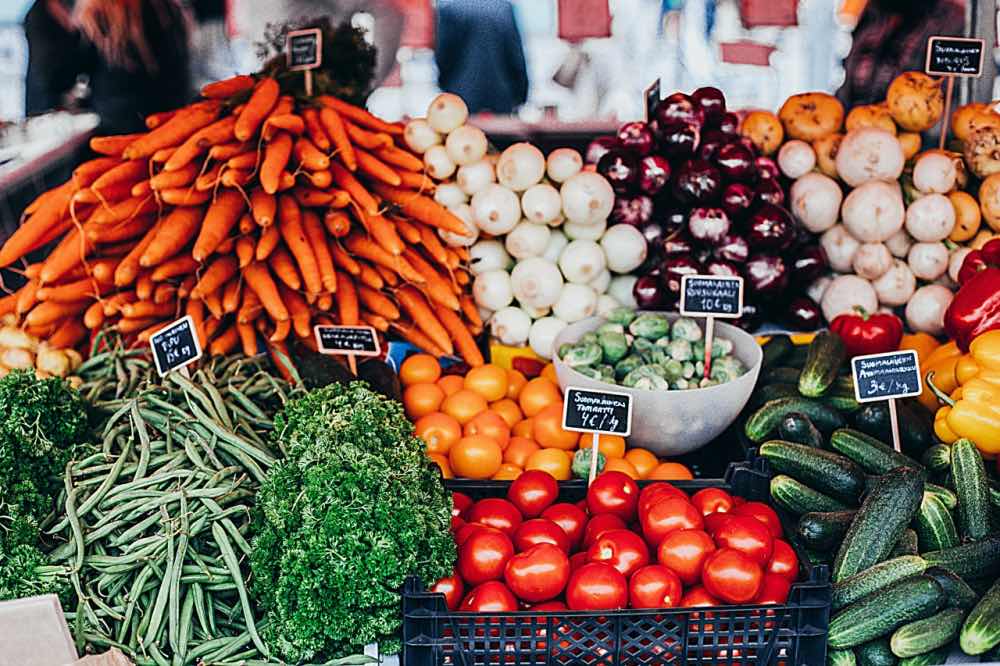 And who is the typical vegetarian? Vegourmets mostly belong to younger generations like the responsible ones Gen Z at. No wonder, then, that it is characteristic of them to care about the environment, animals and Health to care. In return, they consume high-quality herbal products that are neither used as a side dish nor as a meat substitutes should apply. Rather, vegetables are an independent alternative that is ideal for starters, main courses and deserts.

The pandemic did produce a few good things: During the lockdown, mindfulness has increased across all generations, so that the trend towards vegetarian and vegan food today extends beyond the "woke" generation. In addition to the increase in local and experimental cooking sessions, this positive development was also driven by the countless delicatessen and cooking boxes from delicatessen shops and restaurants. As more and more veggie options have been launched, more and more people are getting inspired vegetable base to enjoy. And not only self-confessed veggies, but also gourmets and even trained chefs who would never have thought of doing without meat before. 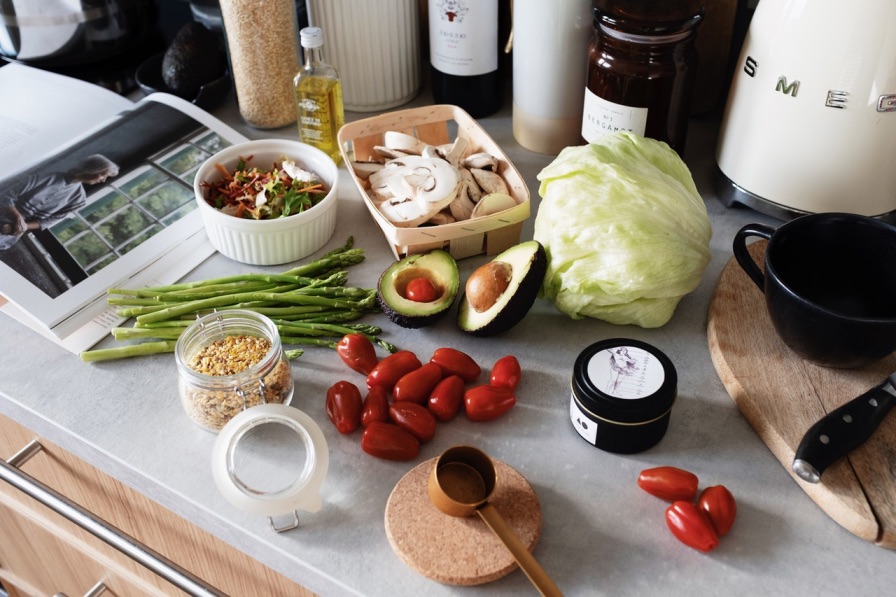 Due to the growing interest in sustainable cuisine, more and more bistros are springing up for green delicacies or starred restaurants dedicated to plant-based dishes. For example, the prestigious New York fine dining restaurant Making Eleven Madison Park vegetarian when it reopens in June. However, there is no need to get on the plane to see outstanding ones vegetable creations to discover. That would completely devalue the sustainable aspect of green cuisine. But numerous restaurants in Germany and other European countries can also remedy this problem, as they also rely on the creation of plant-based pleasure worlds have specialized.

In order to make it easier for guests to search for exactly these hotspots with a sustainable orientation, the MICHELIN Guide introduced the Green Star. This highlights extraordinary commitment to sustainable work and recognizes restaurants with high standards Regionality as well as protection of the environment and resources. 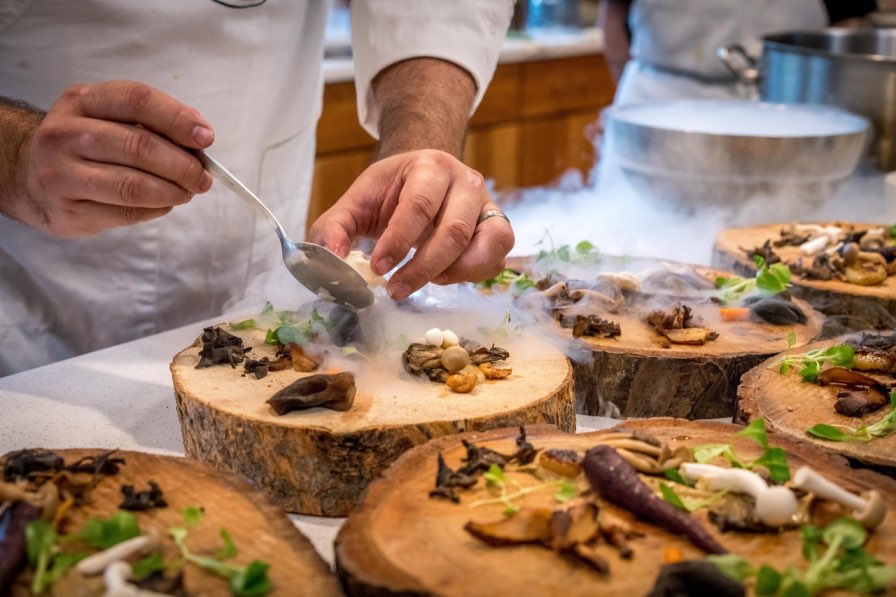 The fact that German restaurateurs in particular act responsibly towards nature is proven by the 53 companies that received the Green Star award in 2021. Among them are of course gourmet restaurantswho follow an exemplary sustainability philosophy and use meat locally and holistically. Top example: The Berlin jewel Classy hard & dirty. But there are also addresses for strict vegourmets that have now developed into holistic vegan cuisine from organic farming. The Seven Swans in Frankfurt is considered Germany's most exciting address for this.

However, the Tian at the Viktualienmarkt in Munich is number 1 of the German Vegourmet restaurants. In contrast to the Seven Swans, this one is not vegan, but vegetarian. The concept: deep taste experiences that impress with their simplicity in the context of fine dining. Anyone on a culinary vegetable journey If you want to give, you should also visit “La Distellerie” in Luxembourg. In 2021 it was voted the best veggie restaurant in the world. 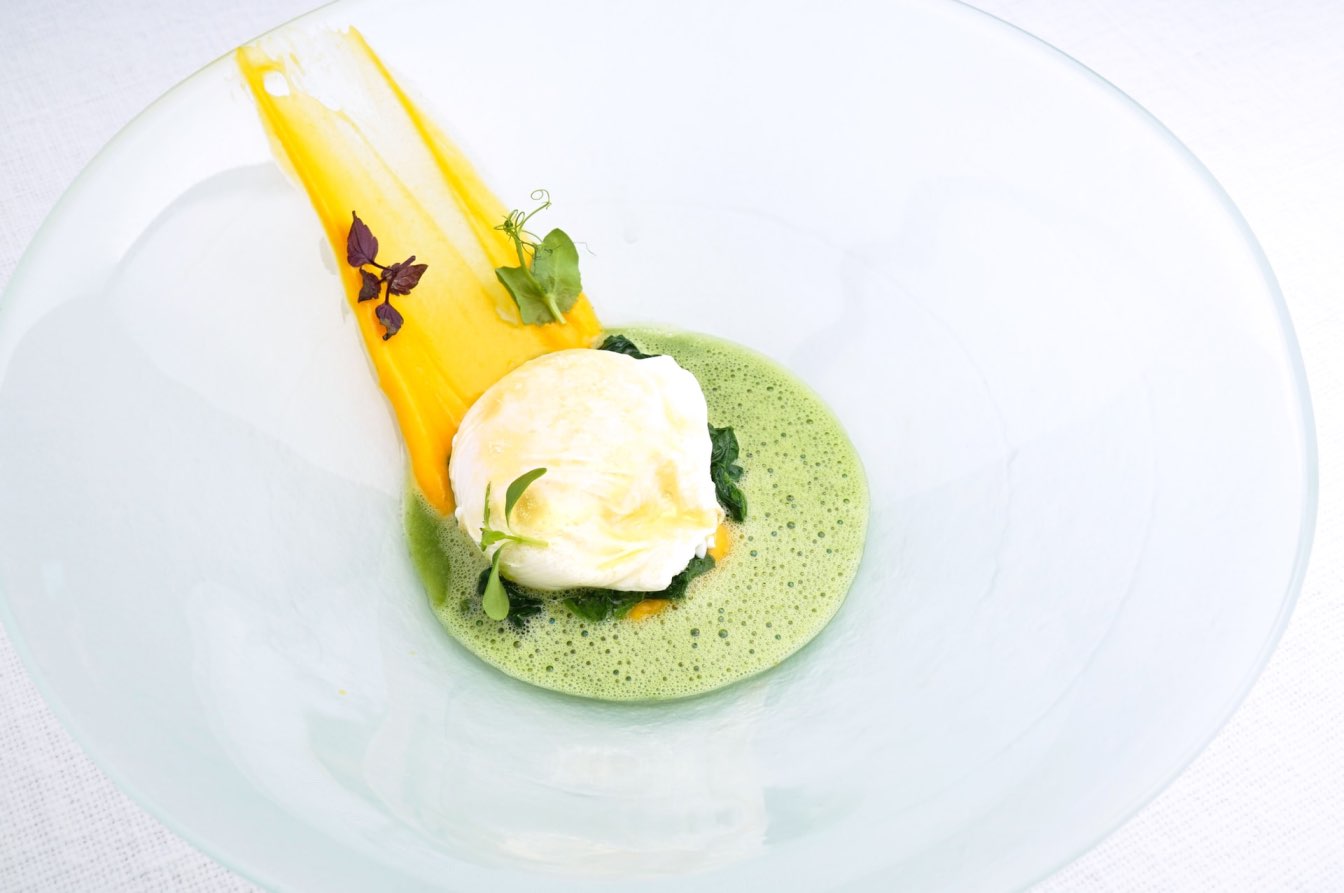 Are vegourmets shaping the kitchen of the future?

Restaurants are currently having to face the challenge of developing cuisine that meets the demands of the growing vegetarian scene. It's about mastering the art of composing an entire tasting menu from vegetables. In view of the increase in the fascination of vegetable cuisine, this is an important prerequisite for remaining competitive.

However, a lot still has to happen before then. Vegetarian or vegan dishes are often only available in haute cuisine at a high level and otherwise only as a substitute or rarity on menus. The result: cooks lack know-how and expertise, which is why plant-based pleasure is still rarely accessible or tasty. So: Go vegetarians and spread the mission. 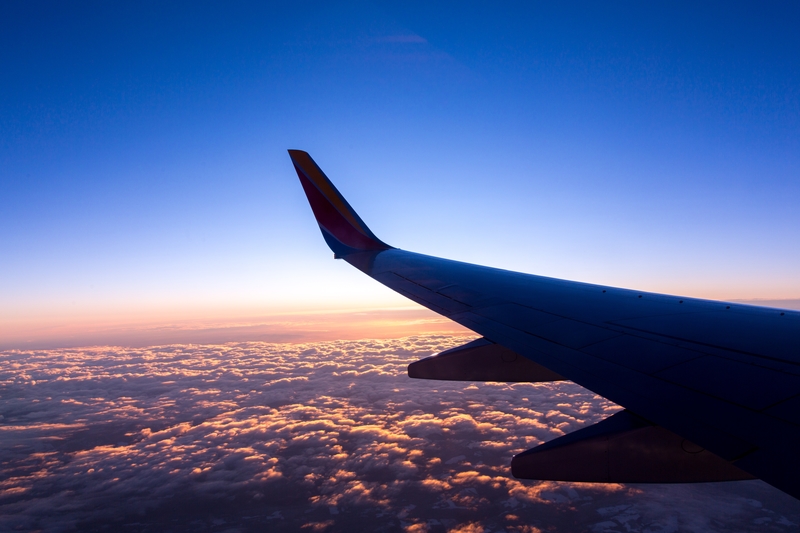 FOOD & TRAVEL
Climate-friendly travel - offsetting the CO2 balance Traveling is easier than ever before. Whether long-distance or luxury travel, it is important to choose the right ... 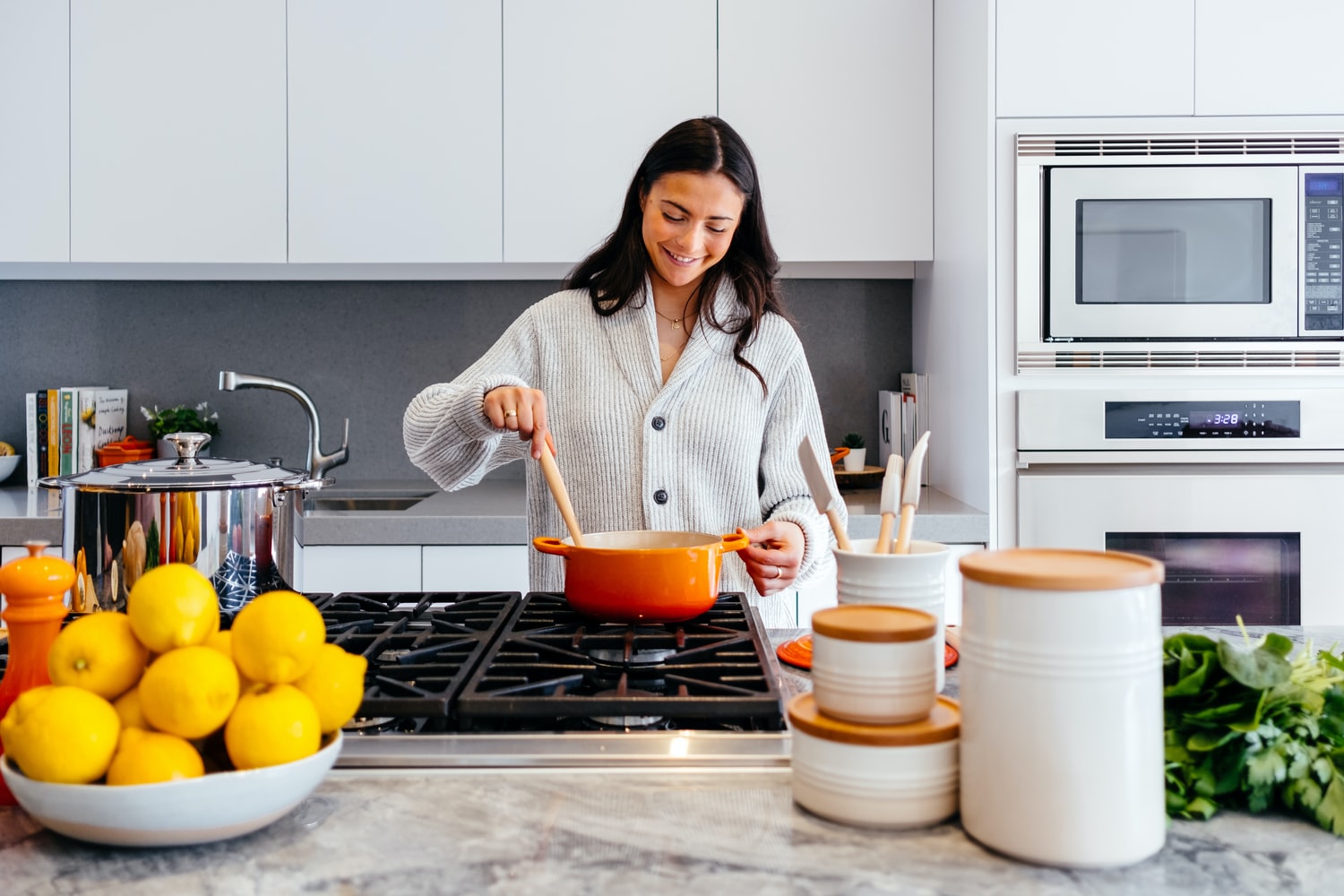 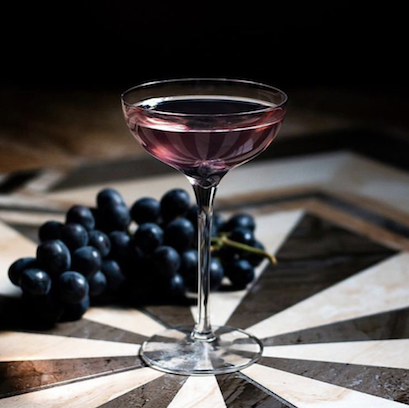 FOOD & TRAVEL
James Oag-Cooper on innovation in the food industry In dialogue with the co-founder of Hyke Gin - how innovation and creativity affect the beverage industry ...
We use cookies to give you the best online experience when visiting our websites. By using our website, you agree. More information can be found in our Privacy Policy
OKClose
Privacy & Cookies Policy